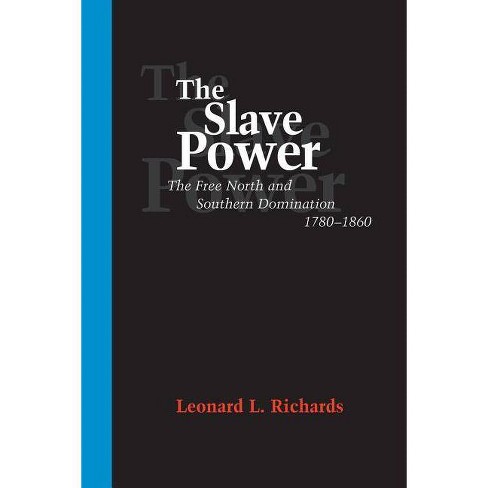 $23.99
0 out of 5 stars with 0 reviews
be the first!be the first! ratings
Shipping
Free standard shipping with RedCard
Help us improve this page

From the signing of the Constitution to the eve of the Civil War there persisted the belief that slaveholding southerners held the reins of the American national government and used their power to ensure the extension of slavery. Later termed the Slave Power theory, this idea was no mere figment of a lunatic fringe's imagination. It was, as Leonard L. Richards shows in this innovative reexamination of the Slave Power, endorsed at midcentury by such eminent and circumspect men as Abraham Lincoln, William Henry Seward, Charles Sumner, the editors and owners of the New York Times and the Atlantic Monthly, and the president of Harvard College. With The Slave Power, Richards reopens a discussion effectively closed by historians since the 1920s--when the Slave Power theory was dismissed first as a distortion of reality and later as a manifestation of the "paranoid style" in the early Republic--and attempts to understand why such reputable leaders accepted this thesis wholeheartedly as truth and why hundreds of thousands of voters responded to their call to arms.

Through incisive biographical cameos and narrative vignettes, Richards explains the evolution of the Slave Power argument over time, tracing the oft-repeated scenario of northern outcry against the perceived slaveocracy, followed by still another "victory" for the South: the three-fifths rule in congressional representation; admission of Missouri as a slave state in 1820; the Indian removal of 1830; annexation of Texas in 1845; the Wilmot Proviso of 1847; the Fugitive Slave Law of 1850; and more. Richards probes inter- and intraparty strategies of the Democrats, Free-Soilers, Whigs, and Republicans and revisits national debates over sectional conflicts to elucidate just how the southern Democratic slaveholders--with the help of some northerners--assumed, protected, and eventually lost a dominance that extended from the White House to the Speaker's chair to the Supreme Court. The Slave Power reveals in a direct and compelling way the importance of slavery in the structure of national politics from the earliest moments of the federal Union through the emergence of the Republican Party. Extraordinary in its research and interpretation, it will challenge and edify all readers of American history.
If the item details above aren’t accurate or complete, we want to know about it. Report incorrect product info.