The Sleep of the Righteous - by Wolfgang Hilbig (Paperback) 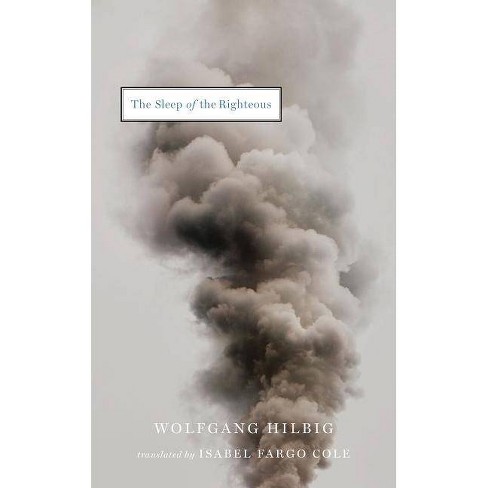 Named a Flavorwire Best Independent Book of 2015 "Wolfgang Hilbig is an artist of immense stature," -- László Krasznahorkai, recipient of the 2015 International Man Booker Prize and author of Satantango and Seiobo There Below "-Evokes the luminous prose of W.G. Sebald. . . . Hilbig's masterly work captures the angst of a man unable to escape the wreckage of his past." -- The New York Times "Out of the ugliness of history and the wasted landscape of his home, he has created stories of disconsolate beauty." -- The Wall Street Journal "Unusually accessible for Hilbig . . . the paralyzing duality of identity in his relationship to East and West runs through the collection." -- the Times Literary Supplement "[Hilbig writes as] Edgar Allan Poe could have written if he had been born in Communist East Germany." -- Los Angeles Review of Books "Hilbig's prose is vivid and poetic, and a Kafkaesque touch gives these stories ample atmosphere." -- Publishers Weekly "Beautiful, dream-like stories of the pain and wonder of becoming oneself." -- Die Zeit "Wolfgang Hilbig is on the track of the truth. Once he has found it, he is not afraid to look it straight in the face." -- Frankfurter Allgemeine Zeitung "Pure, masterful . . . a calmly, powerfully flowing stream of words that stops time like an endless spell of intoxication." -- Süddeutsche Zeitung
If the item details above aren’t accurate or complete, we want to know about it. Report incorrect product info.