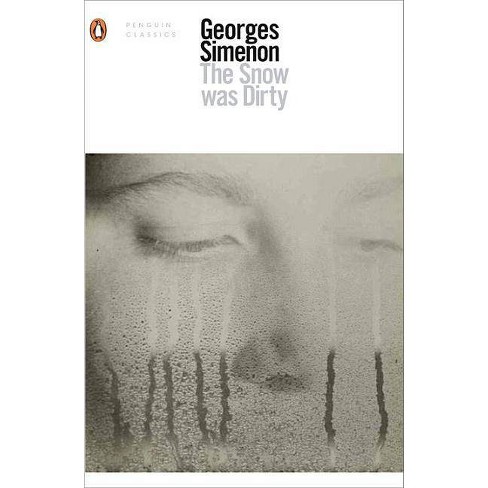 Nineteen-year-old Frank Friedmaier lives in France under German occupation, and he works as a pimp in his mother's whorehouse when he murders a German soldier.

"One of the greatest writers of the twentieth century . . . Simenon was unequaled at making us look inside, though the ability was masked by his brilliance at absorbing us obsessively in his stories." --The Guardian

In this brilliant new translation of Georges Simenon's classic novel, a young man descends into a brutal world of crime "And always the dirty snow, the heaps of snow that look rotten, with black patches and embedded garbage . . . unable to cover the filth." Nineteen-year-old Frank--thug, thief, son of a brothel owner--gets by surprisingly well despite living in a city under military occupation, but a warm house and a full stomach are not enough to make him feel truly alive in such a climate of deceit and betrayal. During a bleak, unending winter, he embarks on a string of violent and sordid crimes that set him on a path from which he can never return. Georges Simenon's matchless novel is a brutal, compelling portrayal of a world without pity; a devastating journey through a psychological no man's land.

Praise for Georges Simenon: "One of the greatest writers of the twentieth century . . . Simenon was unequaled at making us look inside, though the ability was masked by his brilliance at absorbing us obsessively in his stories." --The Guardian "These Maigret books are as timeless as Paris itself." --The Washington Post "Maigret ranks with Holmes and Poirot in the pantheon of fictional detective immortals." --People "I love reading Simenon. He makes me think of Chekhov." --William Faulkner "The greatest of all, the most genuine novelist we have had in literature." --André Gide "A supreme writer . . . Unforgettable vividness." --The Independent (London) "Superb . . . The most addictive of writers . . . A unique teller of tales." --The Observer (London) "Compelling, remorseless, brilliant." --John Gray "A truly wonderful writer . . . Marvelously readable--lucid, simple, absolutely in tune with the world he creates." --Muriel Spark "A novelist who entered his fictional world as if he were a part of it."lle --Peter Ackroyd "Extraordinary masterpieces of the twentieth century." --John Banville

Georges Simenon (1903-1989) was born in Liège, Belgium. He is best known in the English-speaking world as the author of the Inspector Maigret books. His prolific output of more than four hundred novels and short stories has made him a household name in continental Europe.
If the item details above aren’t accurate or complete, we want to know about it. Report incorrect product info.