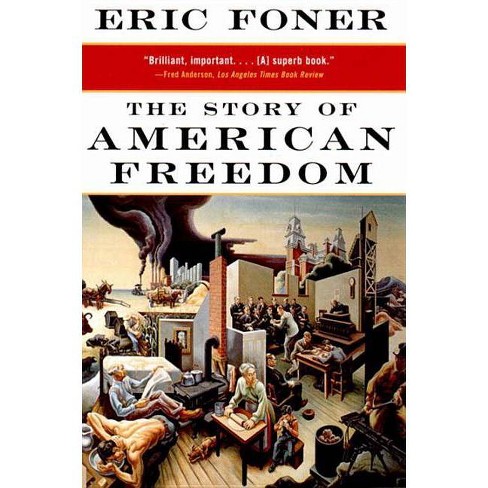 Freedom is the cornerstone of his sweeping narrative that focuses not only congressional debates and political treatises since the Revolution but how the fight for freedom took place on plantation and picket lines and in parlors and bedrooms.

From the Revolution to our own time, freedom has been America's strongest cultural bond and its most perilous fault line, a birthright for some Americans and a cruel mockery for others. Eric Foner takes freedom not as a timeless truth but as a value whose meaning and scope have been contested throughout American history. His sweeping narrative shows freedom to have been shaped not only in congressional debates and political treatises but also on plantations and picket lines, in parlors and bedrooms, by our acknowledged leaders and by former slaves, union organizers, freedom riders, and women's rights activists.

A masterful book... that covers two centuries of courage, violence, achievement, and unfulfilled dreams in the quest for liberty.--Herbert Mitgang "Newsday"

A thought-provoking look at the historical uses of freedom in the United States.-- "Seattle Times"

Foner tackles the whole drama of American history. He succeeds, with far-reaching intelligence and a genial respect for his reader.--Mark Greif "Boston Sunday Globe"

Powerful.... Eric Foner has held up a mirror and asked us as a people to take a good, hard look at ourselves. It is incumbent on us not to turn away.-- "Raleigh News & Observer"