The Story That Cannot Be Told - by J Kasper Kramer (Hardcover) 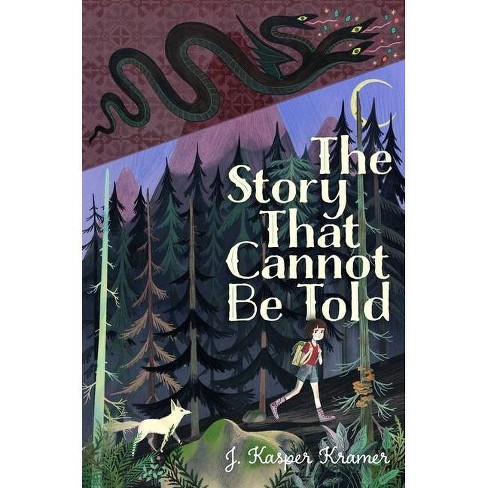 In Romania in 1989, when people who say or do the wrong thing disappear, ten-year-old aspiring writer Ileana copes with fear, hunger, and cruelty by writing new endings to stories, including her own.

A powerful middle grade debut that weaves together folklore and history to tell the story of a girl finding her voice and the strength to use it during the final months of the Communist regime in Romania in 1989. Ileana has always collected stories. Some are about the past, before the leader of her country tore down her home to make room for his golden palace; back when families had enough food, and the hot water worked on more than just Saturday nights. Others are folktales like the one she was named for, which her father used to tell her at bedtime. But some stories can get you in trouble, like the dangerous one criticizing Romania's Communist government that Uncle Andrei published--right before he went missing. Fearing for her safety, Ileana's parents send her to live with the grandparents she's never met, far from the prying eyes and ears of the secret police and their spies, who could be any of the neighbors. But danger is never far away. Now, to save her family and the village she's come to love, Ileana will have to tell the most important story of her life.

* "An engrossing read that will raise questions about how to determine the truth of past events."--School Library Journal, STARRED Review

"Kramer captures the tense, frightening atmosphere in the months preceding the Romanian Revolution, as well as the different forms of bravery that went into toppling an oppressive government. . . . An affecting account of a historic event characterized by monsters, hope, and the power of words."--Booklist

"Romanian fairy tales and folktales are intertwined with historical fiction to create a tale rich in imagery, emotion, and strength when it's most needed."--School Library Connection

* "Kramer's debut novel is rich with connections to today's world while easily sidestepping the pitfall of heavy-handedness. Ileana is a charming, complex character who stumbles and makes mistakes as she builds up confidence, bravery, and wisdom against a wonderfully imagined backdrop populated with fascinating secondary characters. . . . A thrilling, emotional tale of one girl's experience of the fall of Communism in Romania."--Kirkus Reviews, starred review

"By turns surprising, poetic, and stark, The Story That Cannot Be Told is one that should most certainly be read."--Alan Gratz, New York Times bestselling author of Refugee

"Stories have immense power to change lives. J. Kasper Kramer's beautiful novel is proof of that. A compelling story of a history that should never be forgotten."--New York Times bestselling author Jennifer A. Nielsen

J. Kasper Kramer is the author of the acclaimed novel The Story That Cannot Be Told as well as The List of Unspeakable Fears. She's an author and English professor in Chattanooga, Tennessee. She has a master's degree in creative writing and once upon a time lived in Japan, where she taught at an international school. When she's not curled up with a book, Kramer loves researching lost fairy tales, playing video games, and fostering kittens. Visit her at JKasperKramer.com.
If the item details above aren’t accurate or complete, we want to know about it.

The List of Unspeakable Fears - by J Kasper Kramer (Paperback)

God, Jesus, and Other Foolishness - by Jeffrey A Kramer (Paperback)