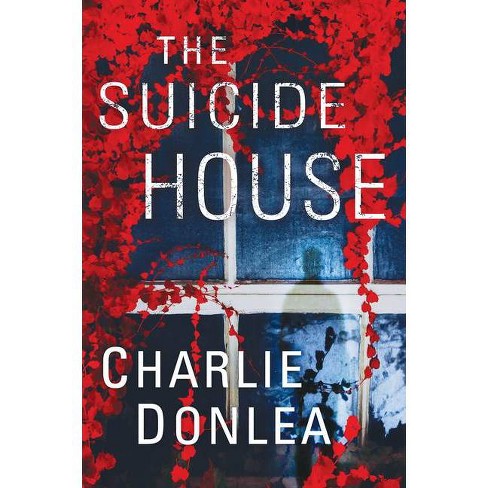 An Apple Books Best of the Month Selection
A Publishers Weekly Summer Reads 2020 Editors' Pick
A Library Journal "12 Novels Featuring Protagonists on the Autism Spectrum" Selection From #1 International Bestseller Charlie Donlea--A chilling murder in a prestigious prep school is at the heart of this riveting new suspense novel that's perfect for fans of Lucy Foley and Ruth Ware. Forensic reconstructionist Rory Moore and her psychologist partner, Lane Phillips, must chase down the truth behind the ghastly killings featured on the hit true crime podcast sweeping the nation. Can they uncover the hidden secrets of the school and the psychology of a killer before the next episode airs? Inside the walls of Indiana's elite Westmont Preparatory High School, expectations run high and rules are strictly enforced. But in the woods beyond the manicured campus and playing fields sits an abandoned boarding house that is infamous among Westmont's students as a late-night hangout. Here, only one rule applies: don't let your candle go out--unless you want the Man in the Mirror to find you. . . . One year ago, two students were killed there in a grisly slaughter. The case has since become the focus of a hit podcast, The Suicide House. Though a teacher was convicted of the murders, mysteries and questions remain. The most urgent among them is why so many students who survived that horrific night have returned to the boarding house--to kill themselves. Rory, an expert in reconstructing cold cases, is working on The Suicide House podcast with Lane, recreating the night of the killings in order to find answers that have eluded the school, the town, and the police. But the more they learn about the troubled students, the chillingly stoic culprit, and a dangerous game gone tragically wrong, the more convinced they become that something sinister is still happening. Inside Westmont Prep, the game hasn't ended. It thrives on secrecy and silence. And for its players, there may be no way to win--or to survive. . . . "Multiple intertwining story lines keep the pacing brisk and the tension high throughout. But the book's real strength is the idiosyncratic Rory, who suffers from OCD and is on the autism spectrum, a deeply developed character readers can't help rooting for. Hopefully, she'll be back soon."
--Publisher's Weekly

PRAISE FOR THE NOVELS OF CHARLIE DONLEA

"In Donlea's skillful hands, this story of obsession, murder, and the search for truth is both a compassionate character study and a compelling thriller."
--Kirkus Reviews

"Part 1970s serial-killer thriller and part contemporary Chicago crime novel, this deceptively quick read has something for everyone."
--Booklist

"Suspense builds, clues mount and dangers lurks seemingly everywhere as the story nimbly toggles between then and now in Donlea's twisty-turny mystery."
--Bookpage

DON'T BELIEVE IT "You can't blame Charlie Donlea if the ending of his novel makes your jaw drop. The title alone is fair warning that his characters are no more to be trusted than our initial impressions of them."
--The New York Times Book Review

THE GIRL WHO WAS TAKEN

"A fast-moving page-turner. . . . Donlea skillfully maximizes suspense by juggling narrators and time all the way to the shocking final twists."
--Publishers Weekly

"Donlea keeps readers guessing throughout. The whodunit plot is clever and compelling . . . for fans of nonstop mysteries with a twist."
--Library Journal

USA Today and #1 international bestselling author Charlie Donlea was born and raised in Chicago. He now lives in the suburbs with his wife and two young children. Readers can find him online at charliedonlea.com.
If the item details above aren’t accurate or complete, we want to know about it. Report incorrect product info.