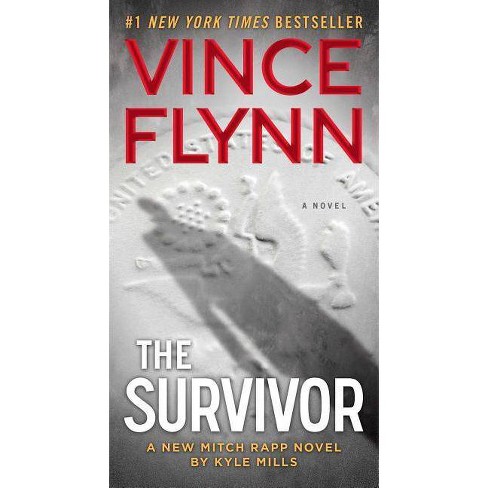 $5.73
undefined out of 5 stars with 0 reviews
be the first!be the first! ratings
Help us improve this page

Joseph "Rick" Rickman, former boy wonder at the CIA, stole a massive amount of top secret and hugely compromising intel concerning classified operations all over the world, offering it (and himself) to the Pakistani secret forces. Only his plans went awry when CIA director Irene Kennedy sent Mitch Rapp to hunt him down. It turns out that killing Rickman didn't solve anything--in fact, the nightmare is only intensifying. Rickman stored the potentially devastating data (CIA assets, operatives, agents) somewhere only he knew, and somehow, from beyond the grave, he still poses a mortal threat to America. Now it's a deadly race as both the Pakistanis and the Americans search for Rickman's accomplices and the information they are slowly leaking to the world. Will Rapp outrun and outthink his enemies, or will the Pakistanis find it first and hold America hostage to their dream of becoming the world's new nuclear superpower?

The #1 New York Times bestselling novel that picks up where The Last Man left off, The Survivor is a no-holds-barred race to save America...and Mitch Rapp's finest battle. When Joe "Rick" Rickman, a former golden boy of the CIA, steals a massive amount of the Agency's most classified documents in an elaborately masterminded betrayal of his country, CIA director Irene Kennedy has no choice but to send her most dangerous weapon after him: elite covert operative Mitch Rapp. Rapp quickly dispatches the traitor, but Rickman proves to be a deadly threat to America even from beyond the grave. Eliminating Rickman didn't solve all of the CIA's problems--in fact, mysterious tip-offs are appearing all over the world, linking to the potentially devastating data that Rickman managed to store somewhere only he knew. It's a deadly race to the finish as both the Pakistanis and the Americans search desperately for Rickman's accomplices, and for the confidential documents they are slowly leaking to the world. To save his country from being held hostage to a country set on becoming the world's newest nuclear superpower, Mitch Rapp must outrun, outthink, and outgun his deadliest enemies yet.

#1 New York Times bestselling author Vince Flynn (1966-2013) created one of contemporary fiction's most popular heroes: CIA counterterrorist agent Mitch Rapp, featured in thirteen of Flynn's acclaimed political thrillers. All of his novels are New York Times bestsellers, including his stand-alone debut novel, Term Limits. Kyle Mills is the #1 New York Times bestselling author of nineteen political thrillers, including Total Power, Lethal Agent, and Red War for Vince Flynn and The Patriot Attack for Robert Ludlum. He initially found inspiration from his father, the former director of Interpol, and still draws on his contacts in the intelligence community to give his books such realism. Avid outdoor athletes, he and his wife have lived in Jackson Hole, Wyoming, for over twenty years. Visit his website at KyleMills.com.
If the item details above aren’t accurate or complete, we want to know about it. Report incorrect product info.