The Switch - by Sandra Brown (Hardcover) 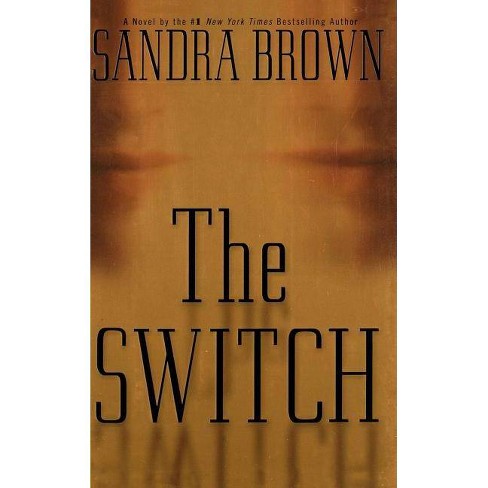 From Sandra Brown, author of the #1 New York Times bestseller The Alibi, comes another riveting novel of suspense, revenge, and illusion -- where a labyrinth of twists and turns culminates in a final, stunning revelation....

It isn't the first time that identical twins Gillian and Melina Lloyd have switched identities. Yet it's the first time as adults that they've even considered the childhood prank. Melina, the more impetuous twin, proposes that her circumspect sister take her place as a media escort to NASA astronaut and national hero Colonel Christopher "Chief" Hart.

Although it's an enticing offer, Gillian declines for a very personal reason -- she's preoccupied with whether or not the artificial insemination she underwent that day will be successful. Besides, she warns Melina, such a switch could have unexpected consequences.

Media-savvy Chief turns out to be an easy assignment for Melina -- in fact the evening with him is as much pleasure as business. But the following morning police arrive at Melina's door with the worst possible news: her beloved twin has been brutally murdered in her own bed. And on the walls, scrawled in blood, are obscenities directed at Gillian, along with insults toward Native Americans that indisputably link Chief to the crime.

Dissatisfied with the official police investigation, Chief and Melina form a grudging alliance, strike out on their own ... and find themselves uncovering more questions than answers. Mistrusting even the authorities claiming to protect them, on the run with their lives in danger, the two are soon following a crooked and bloody trail that inexplicably leads to Gillian's attempt to conceive a child... and to the threshold ofan inner sanctum, where a megalomaniac hatches horrific schemes and lies in wait for Gillian's replacement, her identical twin -- Melina.

A book that reveals the powerful, almost mystical bond between twins -- a bond that extends beyond the grave and compels a woman to go to almost impossible lengths to avenge her sister -- THE SWITCH defies every prediction.