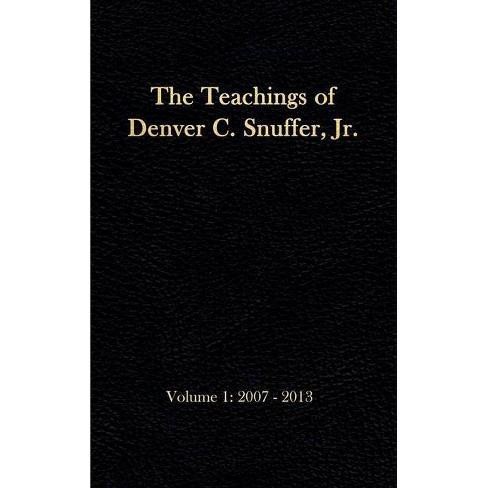 Following the publication of The Second Comforter: Conversing with the Lord Through the Veil in 2006, I have been asked on occasion to speak or present papers to various gatherings. What started out as a talk or a discussion has grown into a body of work consisting of many millions of words that fill thousands of pages of books, papers, transcripts, and audio and video recordings.

If you go back and read everything I've spoken about and written from then until now, what you will find is that I've only been giving one talk. Admittedly it's long, but you will see I've been addressing one subject from the beginning until now: Zion.

This book series will comprise all of the essays, papers and transcripts of talks I have given publicly, starting with "Christ's Discourse on the Road to Emmaus", given April, 2007. Additional material is planned to be compiled into additional volumes as it becomes available.

This volume covers the first eight talks and papers I gave from 2007 through 2013 - essentially everything that came before the ten 40 Years in Mormonism lectures that began in September, 2013. Those ten lectures will be contained in the second volume of this series. Additional volumes are planned that will contain everything given from 2014 through today, and into the future as the Lord allows.

It is important that we preserve and make available to everyone all that the Lord has given to us thus far, because we can only receive more according to the heed and diligence we pay to what we have already received from Him. Christ, when He returns, will have the lawful, the legal right, to possess this earth, to rule it and to govern it. And He will come to govern it. But before that day, groundwork has to be laid for His return. As a people we must prepare to receive more, much more, before we can hope for Zion.

Christ lives! He is the One who redeemed all of us. He has a rightful claim as the Father of us all. In the resurrection we come forth out of the grave as His children, because He purchased with His blood our continued life. We symbolize that when we are baptized by going under the water and coming up again to be born again a new creature in Christ, as a preliminary, ceremonial, necessary sign that we accept Him. He is real. I bear witness of Him. I have stood in His presence. I have spoken with Him. He speaks in plain humility. I am a very poor student of His, and I don't say that to be humble, I say that to be truthful. I wish I were better, but in His infinite wisdom He chooses what He chooses, He does as He chooses, He does it how He wants.

EDITOR'S NOTE: Here is a partial list of themes and topics covered in this series: Christian faith, theology and evangelism found in various bibles; sermons on Christology, fundamentalism and the mission and ministry of Jesus of Nazareth, Elijah and Moses; living a gospel centered religion, spirituality, eschatology, temple worship, the roles of men and women in various denominations and sects including the latter day saints church; religious education, studies and literature; how God and Mary fit into LDS Mormon Christianity; spiritual gifts, commandments and being saved by faith in Christ.