The Tower of Swallows - (Witcher) by Andrzej Sapkowski (Paperback) 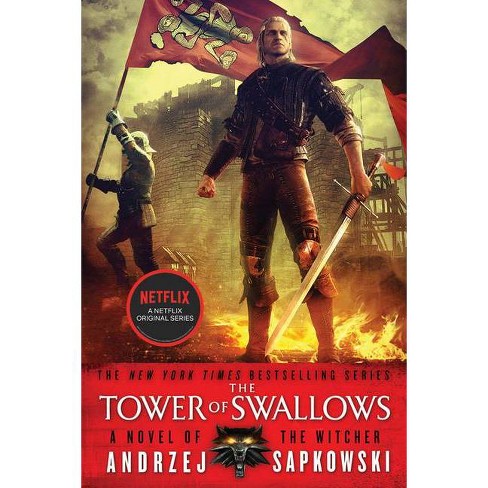 "Simultaneously published in Great Britain by Gollancz in 2016"--Colophon.

The world is at war and the prophesied savior is nowhere to be found. The Witcher, Geralt of Rivia, races to find her in the fourth novel of Andrzej Sapkowski's groundbreaking epic fantasy series that inspired the hit Netflix show and the blockbuster video games. The world has fallen into war. Ciri, the child of prophecy, has vanished. Hunted by friends and foes alike, she has taken on the guise of a petty bandit and lives free for the first time in her life. But the net around her is closing. Geralt, the Witcher, has assembled a group of allies including Dandelion, Milva, Regis, and Cahir, to rescue her. Both sides of the war have sent brutal mercenaries to hunt her down. Her crimes have made her famous. There is only one place left to run. The tower of the swallow is waiting. . . Witcher collections
The Last Wish
Sword of Destiny Witcher novels
Blood of Elves
The Time of Contempt
Baptism of Fire
The Tower of Swallows
Lady of the Lake
Season of Storms Hussite Trilogy
The Tower of Fools
Warriors of God Translated from original Polish by David French