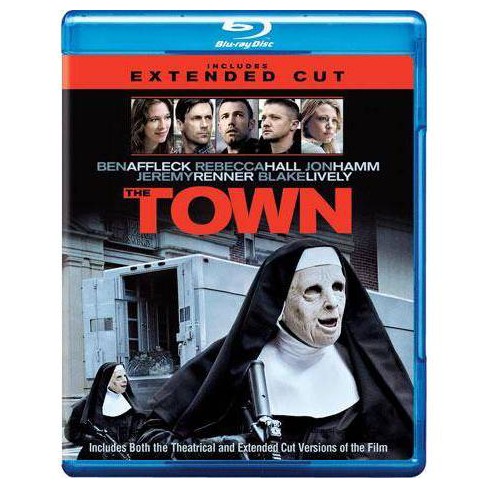 There are over 300 bank robberies in Boston every year. And a one-square-mile neighborhood in Boston, called Charlestown, has produced more bank and armored car robbers than anywhere in the U.S.

One of them is Doug MacRay (Ben Affleck), but he is not cut from the same cloth as his fellow thieves. Unlike them, Doug had a chance at success, a chance to escape following in his father's criminal footsteps. Instead he became the leader of a crew of ruthless bank robbers, who pride themselves on taking what they want and getting out clean. The only family Doug has are his partners in crime, especially Jem (Jeremy Renner), who, despite his dangerous, hair-trigger temper, is the closest thing Doug ever had to a brother.

However, everything changed on the gang's last job when Jem briefly took a hostage: bank manager Claire Keesey (Rebecca Hall). When they discover she lives in Charlestown, Jem gets nervous and wants to check out what she might have seen. Knowing what Jem is capable of, Doug takes charge. He seeks out Claire, who has no idea that their encounter is not by chance or that this charming stranger is one of the men who terrorized her only days before.

As his relationship with Claire deepens into a passionate romance, Doug wants out of this life and the town. But with the Feds, led by Agent Frawley (Jon Hamm), closing in and Jem questioning his loyalty, Doug realizes that getting out will not be easy and, worse, may put Claire in the line of fire. Any choices he once had have boiled down to one: betray his friends or lose the woman he loves.

Academy Award® winner Ben Affleck ("Good Will Hunting," "Gone Baby Gone") directed and stars in "The Town," a dramatic thriller about robbers and cops, friendship and betrayal, love and hope, and escaping a past that has no future.
If the item details above aren’t accurate or complete, we want to know about it. Report incorrect product info.