The True History of the Strange Brigade - (Paperback) 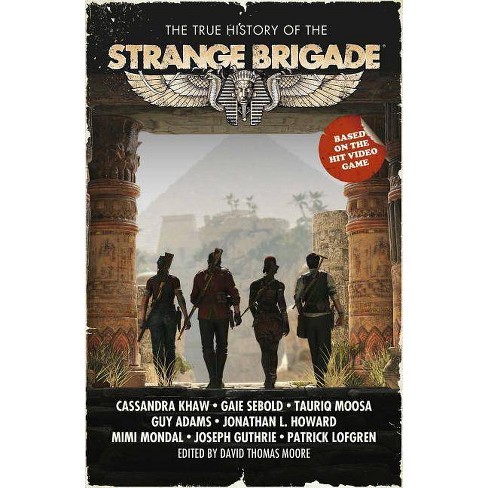 By day, Cassandra Khaw works as the business developer for Singaporean publisher Ysbryd Games. By night, she moonlights as a freelance technology reporter for places like PC Gamer and The Verge, while still writing exorbitant amounts of fiction. Rumour has it that she does not sleep and can only be satiated with offerings of fluffy things. Gaie Sebold has written several novels, a number of short stories, and a slightly disturbing amount of poetry. Her novel include Babylon Steel, the sequel Dangerous Gifts, and Shanghai Sparrow. She lives in leafy suburbia with writer David Gullen and a paranoid cat, runs writing workshops, grows vegetables, and cooks a pretty good borscht. Tauriq Moosa is a contributor to the Guardian, Daily Beast and other publications. He focuses on ethics, justice, technology and pop culture. His work has been referred to by The New York Times, the Washington Post, Forbes and other places. He once debated Desmond Tutu about god. Guy Adams is the author of the Heaven's Gate trilogy - The Good, The Bad and The Infernal, Once Upon a Time in Hell, and For a Few Souls More - as well as many audio adventures for Big Finish's Doctor Who range. Jonathan L. Howard has worked as a scriptwriter and video game writer, including writing credits on the highly successful Broken Sword series of video games. His first novel, Johannes Cabal the Necromancer, was published in 2009.
If the item details above aren’t accurate or complete, we want to know about it. Report incorrect product info.