The War on History - by Jarrett Stepman (Hardcover) 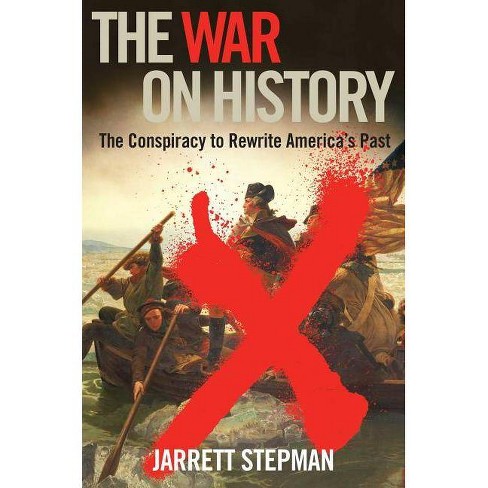 America is hopelessly divided, but more worryingly, the left has set out to shatter these bonds with a war on American history--the fundamental concepts, institutions, and icons that make our country what it is. And we have failed to protect our history.tory.

The War on Our History Confederate memorials toppled . . . Columbus statues attacked with red paint. They started with slave-owning Confederate generals, but they're not stopping there. The vandals are only pretending to care about the character of particular American heroes. In reality, they hate what those heroes represent: the truths asserted in the Declaration of Independence and embodied in the Constitution. And they are bent on taking America down and replacing our free society with a socialist utopia. All that stands in their way is Americans' reverence for our history of freedom. Which is why that history simply has to go. Now, Jarrett Stepman, editor at The Daily Signal and host of Right Side of History, exposes the true aims of the war on our history:

If America is to survive this assault, we must rally to the defense of our illustrious history. The War on History is the battle plan.

Jarrett Stepman is a columnist for The Daily Signal, a multimedia publication of The Heritage Foundation, where he writes about how American history informs our present politics. He was a 2018 Lincoln Fellow for the Claremont Institute, and has appeared on Fox News, CNN, and the One America News Network. His columns have been published by The Federalist, The American Mind, RealClearPolitics, and Congressional Quarterly, among many other outlets. Jarrett lives in Washington, D.C.
If the item details above aren’t accurate or complete, we want to know about it. Report incorrect product info.