The Warden - by Anthony Trollope (Hardcover) 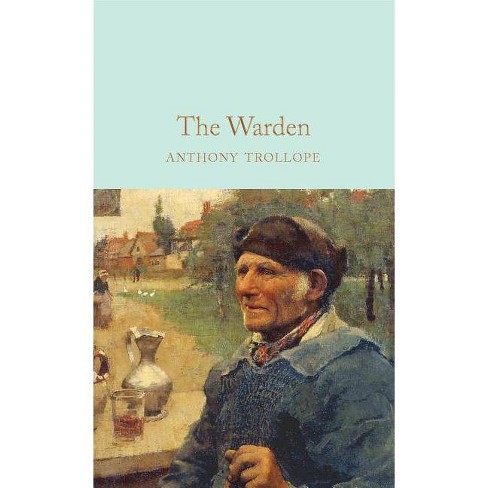 An exquisite portrayal of opposing factions in a quintessential English Cathedral city with an introduction by Margaret Drabble.

The Warden introduces us to the lives of some of the most beloved characters in all literature.

Part of the Macmillan Collector's Library; a series of stunning, clothbound, pocket sized classics with gold foiled edges and ribbon markers. These beautiful books make perfect gifts or a treat for any book lover. This edition has an introduction by Margaret Drabble. Septimus Harding, the warden of the title, is a kindly and naïve clergyman who finds himself caught between the forces of entrenched tradition and radical reform amid the burgeoning materialism of Britain in the 1850s. The deeply insightful portrayals of figures such as the booming Archdeacon Grantly and the beautiful Eleanor Harding at the heart of this moving and deliciously comical tale launched the enduringly popular Barsetshire Chronicles series of six novels, and won Anthony Trollope an eternal seat in the pantheon of great literary figures.

Anthony Trollope (1815-1882) was the third son of a barrister. After attending Winchester and Harrow schools, Trollope scraped into the General Post Office, London, in 1834, where he worked for seven years. In 1841 he was transferred to Ireland as a surveyor's clerk, and in 1844 married and settled at Clonmel.

After a distinguished career in the GPO, for which he invented the pillar box and travelled extensively abroad, Trollope resigned in 1867, earning his living from writing instead. He led an extensive social life, from which he drew material for his many social and political novels.
If the item details above aren’t accurate or complete, we want to know about it. Report incorrect product info.