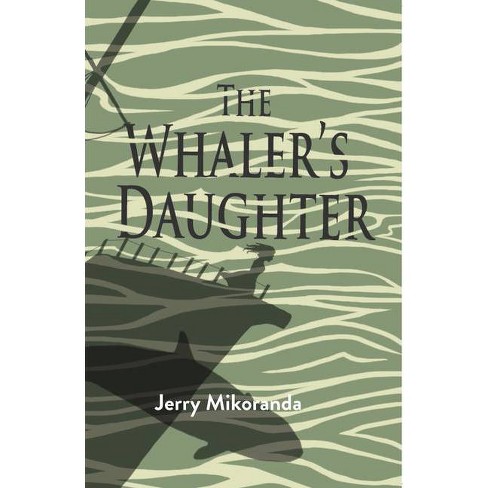 In 1910, twelve-year-old Savannah lives with her widowed father on a whaling station in New South Wales, Australia. For generations, the Dawson family has carried on a very unusual way of life there. They use orcas to help them hunt whales. But Savannah believes the orcas hunted something else--her older brothers, who died mysteriously while fishing. Haunted by their deaths, Savannah wants to become a whaler to prove to her father that she's good enough to carry on the family legacy and avenge her slain brothers. Meeting an aboriginal boy, Figgie, changes that. Figgie helps Savannah to hone her whaling skills and teaches her about the Law of the Bay. When she is finally able to join the crew, Savannah learns just how dangerous the whole business is. A whale destroys her boat and Savannah sinks into the shark-infested waters. That's when the mysterious spirit orca Jungay returns to rescue her, and she vows to protect the creatures. That vow tests her mettle when the rapacious owner of a fishing fleet captures the orca pod and plans to slaughter them.

"In 1910 New South Wales, 12-year-old Savannah has only one aim in life--to join her father on the whaling boats, using orcas to drive the hunt. To her disappointment, he aims to keep her safely ashore after losing his two sons to a mysterious boating accident, but Savannah has plans of her own. Readers are quickly drawn into this episodic chronicle of community, with its unique characters and histories, including the Aboriginal people among whom Savannah lives. Her best friend, Figgie, provides life-path support and a sweet first romance, and she also finds strength in Aboriginal beliefs that stoke the magic present in Savannah's relationship with an orca pod that she adopts as family. Mikorenda creates authentic characters who carry the story's mix of humorous and meaningful moments as change comes to their community, along with revelations and understanding. His writing style successfully captures a period and place on the precipice of the modern world, and middle-grade readers will appreciate the glossary, which brings greater depth to the language used." --Booklist

"Jerry Mikorenda's first novel for young adults, The Whaler's Daughter, ticks all the boxes: a fascinating saga that takes place in a faraway place and time featuring a courageous and ambitious young heroine who aspires to more. Twelve-year-old Savannah Dawson's efforts to earn a place on her father's whaling boat at the turn of the twentieth century in Australia will inspire twenty-first-century readers to hold fast in their quest to attain their dreams. A rollicking good story!" --Karen Dionne, award-winning bestselling author of The Wicked Sister

"What if Moby Dick were turned inside out? The Whaler's Daughter brings a girl and a pod of blackfish--orcas--together in a dance of vengeance and takes them to a place of hope. You'll fall in love with Savannah Dawson, a mashup of Scout Finch and Kahu Paikea Apirana, the heroine of Whale Rider." --Elizabeth Gaffney, author of When the World was Young, and host of The 24-Hour Room

Jerry Mikorenda's biography America's First Freedom Rider: Elizabeth Jennings, Chester A. Arthur, and the Early Fight for Civil Rights was published by Rowman & Littlefield in 2020. His short stories have appeared in Cowboy Jamboree, BULL, Gravel Magazine, and the San Francisco Chronicle, among other magazines. His nonfiction has appeared in The New York Times, Newsday, The Boston Herald, and the Encyclopedia of New York City. The Whaler's Daughter is his first novel.
If the item details above aren’t accurate or complete, we want to know about it. Report incorrect product info.