The White Cat and the Monk - by Jo Ellen Bogart (Hardcover) 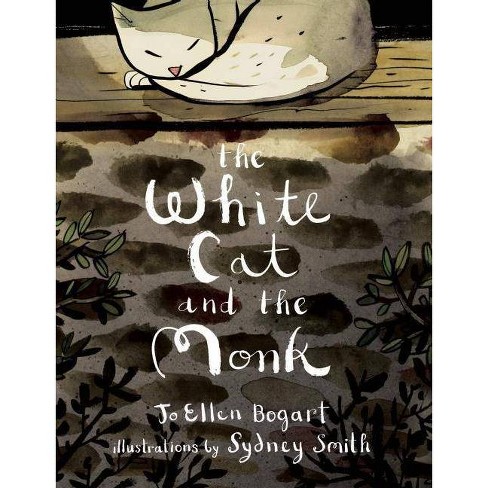 $13.49
MSRP$18.95
no reviews yet
be the first!be the first! ratings
Shipping
Free standard shipping with RedCard
Help us improve this page

Short-listed for the Governor General's Literary Awards, Young People's Literature - Illustrated Books A New York Times Best Illustrated Children's Book Brain Pickings' Best Children's Books of 2016 A Bank Street College of Education Best Children's Book of the Year ..".there is no denying that this a beautiful piece of bookmaking. The watercolor-and-ink artwork has both heft and humor, especially in the joyful depictions of the manuscripts. The shift from the darkness of the early spreads to the bright color of the characters' time together captures the pleasure of the relationship. The final spread of daybreak, meanwhile, is irresistible. Readers who consider the story's underlying messages about necessities, companionship, and fulfillment will come away enriched." -- Booklist, Starred Review "A stunningly illustrated meditative ode to the simple joys of human-animal companionship and the pursuit of knowledge." -- School Library Journal, Starred Review. "It's a sophisticated and subtle story about the pursuit of joy--one that will easily resonate with readers young and old." -- Publishers Weekly, Starred Review. "Reminiscent of the succinct storytelling and expressive brushwork of Chris Raschka and Kevin Henkes, this quiet, historical gem will charm children and adults alike." -- Kirkus Reviews, Starred Review. "The text's subtle moral is timeless but also sings with elegiac timeliness -- what a wonderful counterpoint to modern life's hamster wheel of achievement and approval, this idea that there is poetry in every pursuit executed with purposefulness and savored with uncompetitive joy." -- The New York Times "The adaptation . . . is as unostentatious as the watercolor-and-ink illustrations, which meld a medieval spirit with a modern sense of cartooning, a juxtaposition that is fresh and seems entirely right. " -- Horn Book "Smith . . . imbues the text with contemporary visual language through his singular, elegantly minimalist graphic novel aesthetic." -- Brain Pickings "Author Jo Ellen Bogart has provided an unembellished, thoughtful text that pays tribute to the value of perseverance and dedication for one's vocation, be it humble or exalted." -- Canadian Children's Book News "This is a great book for any group of readers . . . a great book to introduce to kids who may not think they like poetry." -- The Children's Writer's Guild "Truly a wonderful book, The White Cat and the Monk expresses the richness of the relationship between the two characters." -- Canadian Review of Materials "The stylized artwork captures the timeless beauty of the poem in this simple yet meaningful picturebook, highly recommended." -- Midwest Book Review
If the item details above aren’t accurate or complete, we want to know about it. Report incorrect product info.