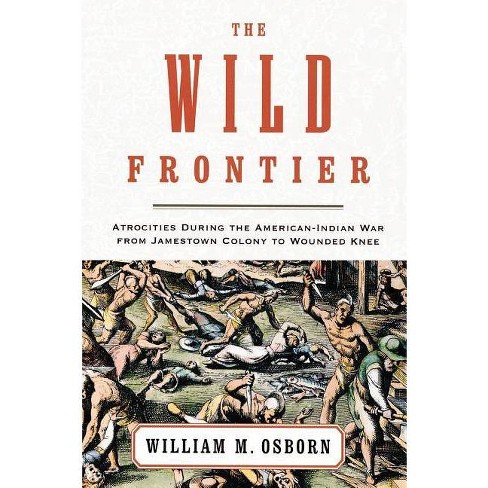 $18.99
no reviews yet
be the first!be the first! ratings
Shipping
Free standard shipping with RedCard
Loading, please wait...
Help us improve this page

The real story of the ordeal experienced by both settlers and Indians during the Europeans' great migration west across America, from the colonies to California, has been almost completely eliminated from the histories we now read. In truth, it was a horrifying and appalling experience. Nothing like it had ever happened anywhere else in the world.
In The Wild Frontier, William M. Osborn discusses the changing settler attitude toward the Indians over several centuries, as well as Indian and settler characteristics--the Indian love of warfare, for instance (more than 400 inter-tribal wars were fought even after the threatening settlers arrived), and the settlers' irresistible desire for the land occupied by the Indians.
The atrocities described in The Wild Frontier led to the death of more than 9,000 settlers and 7,000 Indians. Most of these events were not only horrible but bizarre. Notoriously, the British use of Indians to terrorize the settlers during the American Revolution left bitter feelings, which in turn contributed to atrocious conduct on the part of the settlers. Osborn also discusses other controversial subjects, such as the treaties with the Indians, matters relating to the occupation of land, the major part disease played in the war, and the statements by both settlers and Indians each arguing for the extermination of the other. He details the disgraceful American government policy toward the Indians, which continues even today, and speculates about the uncertain future of the Indians themselves.
Thousands of eyewitness accounts are the raw material of The Wild Frontier, in which we learn that many Indians tortured and killed prisoners, and some even engaged incannibalism; and that though numerous settlers came to the New World for religious reasons, or to escape English oppression, many others were convicted of crimes and came to avoid being hanged.
The Wild Frontier tells a story that helps us understand our history, and how as the settlers moved west, they often brutally expelled the Indians by force while themselves suffering torture and kidnapping.