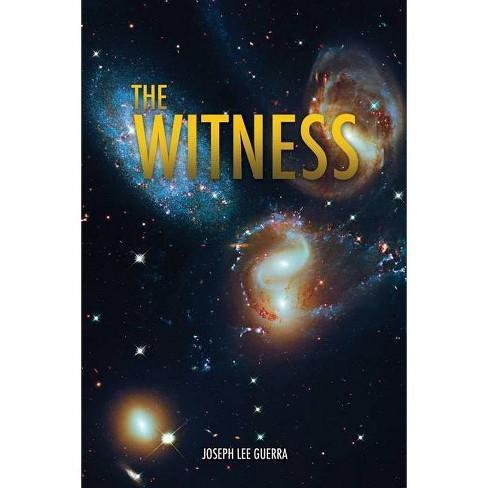 Joseph is not a free man. Constantly monitored and tracked, he is bound to a place called The Facility. With no memory of how he got there, Joseph is plagued with many questions and almost no answers. Where am I? How did I get here? And What do they want with me?

The Witness by Joseph Lee Guerra delves into this dystopian future of Joseph's reality. Vague memories torment him in vivid, disjointed flashes -- pictures of heartbreak, jungles, battlefield carnage, treacherous undersea training, and mountainous survival through blizzards. Joseph holds fast to his deep Christian faith, coupled with the sense that his path of service to the Lord has been one with many twists and turns along the way.

One day, Joseph receives a mysterious object he names Machine. Through Machine, Joseph is able to record his life story, taking the reader on a journey reflecting on everything the Lord has done in his life, unaware of the significance this record will play in coming events. Join author Joseph Lee Guerra on this look into both the past and the future in The Witness. Enter this imaginative world and learn the impact that one person can have when surrendering his or her life to the Lord's calling, as well as the implications of that impact on future generations.


Joseph Lee Guerra is an ordained minister who has served as a pastor and assistant to a pastor in five churches. He holds a master of divinity degree and a master of theology degree. Joseph entered the U S. Army as a private and served for 18 months in the infantry in Vietnam. He later became an army chaplain and retired as a lieutenant colonel in 1994. His awards include three Bronze Star medals, one for Valor, and a Purple Heart. Joseph was married for fifty-three years until losing his wife in 2016. He has two daughters and three grandchildren, and shares his home with two dogs and two cats.