The Woman in Black - by Erik Tarloff (Hardcover) 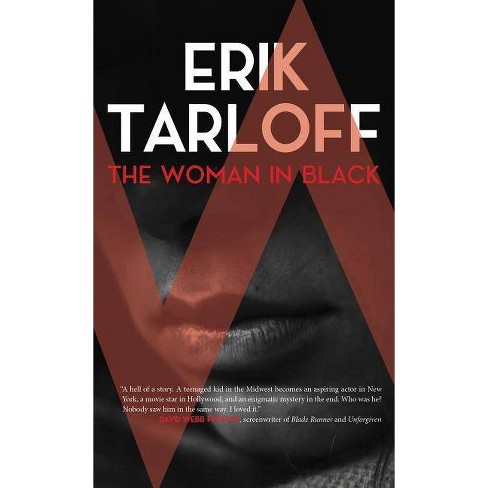 $17.79
MSRP$27.00
no reviews yet
be the first!be the first! ratings
Shipping
Free standard shipping with RedCard
Loading, please wait...
Help us improve this page

"An inherently engaging and thoroughly entertaining novel by an author with a genuine and impressive flair for original and distinctive narrative storytelling..."
--Midwest Book Review "For anyone interested in the art of acting, the craft of movie making, or what it was like to live, work, and frolic in Hollywood during its Golden Age, Erik Tarloff's The Woman in Black is a must-read. And in addition to all that, it's a gripping story that, once begun, is almost impossible to put down."
--Alison Martino, writer, TV producer and personality, Los Angeles cultural historian "A hell of a story. A teenaged kid in the Midwest becomes an aspiring actor in New York, a movie star in Hollywood, and an enigmatic mystery in the end. Who was he? Nobody saw him in the same way. I loved it."
--David Webb Peoples, screenwriter of Blade Runner and Unforgiven "The story of Chance Hardwick's rise to fame is told in intricate detail in oral testimonies from his friends, teachers and fellow industry insiders. Erik Tarloff knows how the "business" works. Against the backdrop of the McCarthy Era, his tale of Chance's life and career is fascinating and moving."
--James Naughton, actor, singer, Tony Award winner of Chicago and City of Angels "Tarloff's novel is funny, smart, literate, witty and highly quotable. The story skims through the history of Hollywood as witnessed by extremely original, entertaining characters, and is a delight all the way. So what are you waiting for? Read it!"
--Treva Silverman, writer and Emmy Award-winner of The Monkees and The Mary Tyler Moore Show "The Woman in Black is the Spinal Tap of oral histories--a delicious satire, but also very touching. Relive Hollywood's Golden Era as told by the people who should have been there. Inventive, funny, moving--don't wait for the movie. Read The Woman in Black."
--Ken Levine, writer, producer, and Emmy Award winner for M*A*S*H, Cheers, and Frasier
If the item details above aren’t accurate or complete, we want to know about it. Report incorrect product info.