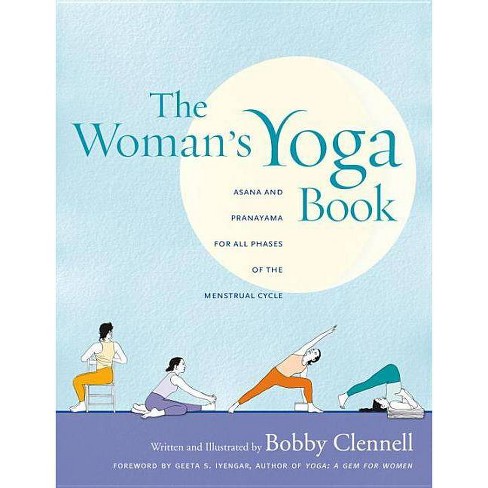 $19.29
MSRP$26.95
no reviews yet
be the first!be the first! ratings
Shipping
Not available
Help us improve this page

Bobby Clennell has been teaching Iyengar Yoga for over thirty years. She is a core faculty member of the Iyengar Yoga Institute of New York and teaches workshops throughout the United States and around the world. Bobby began practicing yoga in London in the early 1970s while working as a costume designer and animator. In 1976, Bobby (along with husband, Lindsey, and sons, Miles and Jake) made her first trip to study with B. K. S. Iyengar in Pune, India. She has returned every two years to continue her study. She earned an Iyengar Yoga teaching certificate in 1977. In the 1980s, Bobby's interest in women's issues was sparked by her studies with Mr. Iyengar's daughter, Geeta Iyengar. While Mr. Iyengar was teaching the main class, the women who were menstruating were sent to the back of the room to work more quietly with Geeta. This experience awakened Bobby to the need for a woman's yoga practice. She is the creator of a short film, entitled Yantra, based on the movements of B. K. S. Iyengar during his own asana practice. Bobby Clennell lives in New York City.
If the item details above aren’t accurate or complete, we want to know about it. Report incorrect product info.