They Are We (DVD) 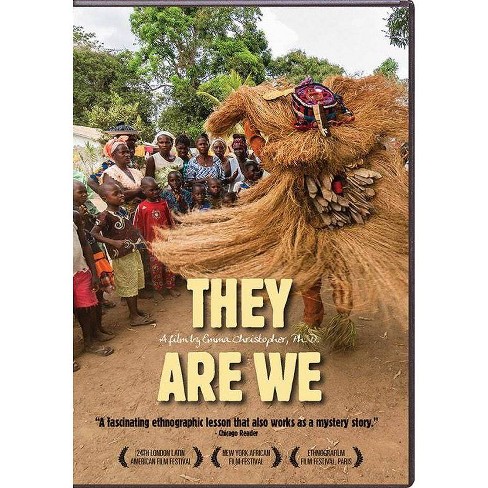 THEY ARE WE is the story of a remarkable reunion, more than 170 years after a family was driven apart by the ravages of the transatlantic slave trade.


In Central Cuba, proud members of the Ganga-Longoba, a small Afro-Cuban ethnic group, have kept their unique heritage alive. Incredibly, through decades of brutal enslavement, independence wars, and the ban on all religions after the revolution, they have retained a collection of distinct songs and dances that one of their ancestors brought from Africa as a slave. Each December 17th they perform them at the San Lazaro ceremony.


After a chance discovery while working in West Africa, director Emma Christopher spent two years showing a film of the Ganga-Longoba songs and dances to several thousand people across Sierra Leone. Eventually, in an isolated village with no road access, one man looked at another in joy and wonder as he watched a recording of the songs and said, "THEY ARE WE!" Then the villagers joined in with others of the Ganga-Longoba songs, still recognizing them clearly despite all the years of separation.


In early 2013, members of the Ganga-Longoba were finally granted permission to visit Sierra Leone. It turned into a remarkable celebration, a rare recognition of the tenacity and resolve of one young girl who once made the awful journey from Africa to Cuba, but never let her memories of home die.