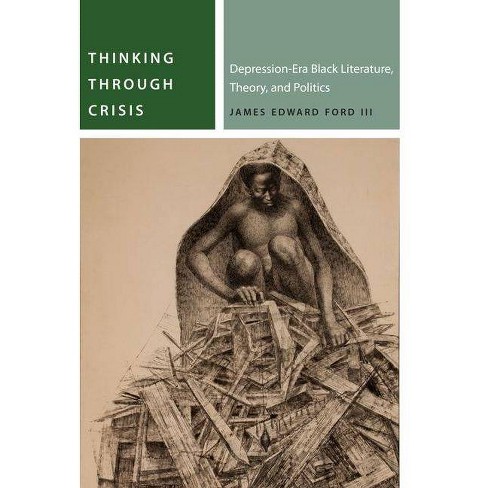 $125.99
0 out of 5 stars with 0 reviews
be the first!be the first! ratings
Save 5% every day with RedCard
Learn more
Or
Starting at $11.37/month on $100+ orders with Affirm
Learn more
Shipping
Free standard shipping with RedCard
Help us improve this page

In Thinking Through Crisis, James Edward Ford III examines the works of Richard Wright, Ida B. Wells, W. E. B. Du Bois, Zora Neale Hurston, and Langston Hughes during the 1930s in order to articulate a materialist theory of trauma. Ford highlights the dark proletariat's emergence from the multitude apposite to white supremacist agendas. In these works, Ford argues, proletarian, modernist, and surrealist aesthetics transform fugitive slaves, sharecroppers, leased convicts, levee workers, and activist intellectuals into protagonists of anti-racist and anti-capitalist movements in the United States.

Thinking Through Crisis intervenes in debates on the 1930s, radical subjectivity, and states of emergency. It will be of interest to scholars of American literature, African American literature, proletarian literature, black studies, trauma theory, and political theory.
If the item details above aren’t accurate or complete, we want to know about it. Report incorrect product info.