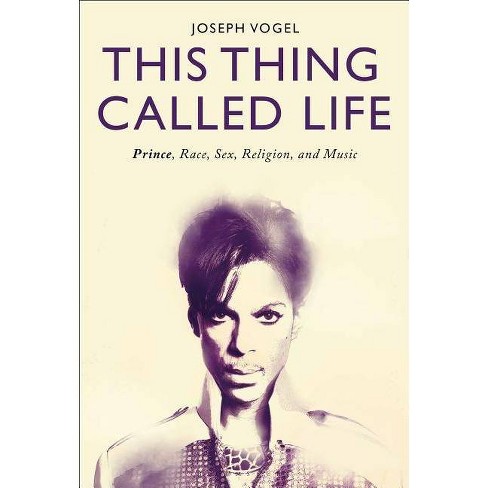 "Vogel briskly collates his evidence (songs, interviews, other critics) meticulously tracing patterns in Prince's evolution ... Illuminating though it is, his book can't quite crack Prince's mysterious code. That, for fans, might well be its greatest strength." --The Sunday Times

"A meticulously researched tribute to its subject, this incisive book will lull its readers into revisiting Prince's prolific catalogue with renewed eyes and ears." --Classic Pop Magazine

"I wrote a book about Prince, so I know how hard it is. This Thing Called Life is a great one. Smart, thorough, and illuminating, Vogel's book is a must-have for fans of Prince." --Touré, author of I Would Die 4 U: Why Prince Became an Icon (2013)

"What a welcome and inspiring addition to the pages devoted to Prince's life! A rare and complex artist is better understood when viewed through his art, and not just his personal history. Vogel chooses this route to explore the extramusical dialectic that Prince helped to shape, including gender, race, sex, and religious views. This Thing Called Life is erudite, accurate, and, above all, entrancing." --Susan Rogers, Professor of Music Production and Engineering, Berklee College of Music, USA, and Prince's recording engineer