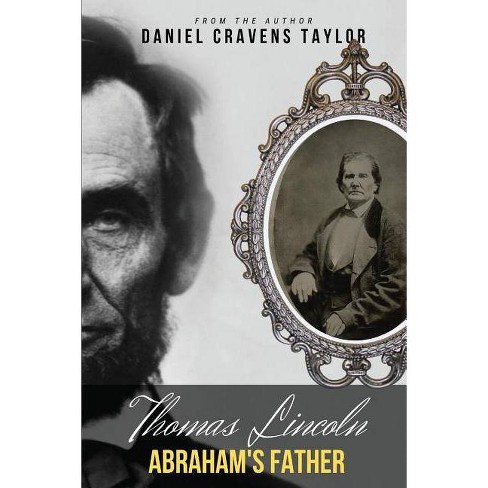 Hundreds of books have been written (and are still being written) about Abraham Lincoln. But in the annals of Lincoln history, Thomas Lincoln, Abraham's father, is a largely neglected figure. He rates a few paragraphs in an otherwise large biography and has served as a quick backdrop to the birth and childhood of our sixteenth president.

Early Lincoln biography did not consider Thomas worthy of much mention. William Herndon set the pattern for how Thomas has been viewed historically. Thomas was seen as "roving and shiftless", lazy beyond repair. Thomas was said to be uneducated and against education. He was portrayed as mentally and physically slow, "careless, inert, and dull". He was the obstacle Abraham overcame to become great.

That view of Thomas Lincoln is wrong. Thomas was not dull or inert or lazy. He lived in a different path from that chosen by his illustrious son but he was not an obstacle his son had to overcome.

Because of this view, many will consider this volume to be revisionist history. In a sense, it is. It will revise the standard view of Thomas based on the historical record available and place him as he was in the events and time in which he lived. However, it is not revisionist in the negative sense that wording often suggests. It is not built from twisting events or rewriting timeframes to make history into something it was not. Thomas Lincoln: Abraham's Father will correct the old and errant understanding of Thomas Lincoln and show him the man he truly was. It will not enlarge him into something he was not nor will it lower him to be what many have thought him.

Lincoln history has a gap in not having the story of Thomas Lincoln readily available. Hopefully this volume will open the doors to taking a new and serious look at the father who raised and shaped Abraham Lincoln's early life.