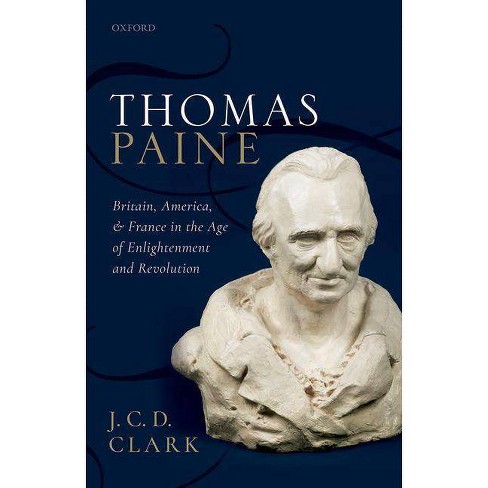 $38.99
no reviews yet
be the first!be the first! ratings
Shipping
Free standard shipping with RedCard
Loading, please wait...
Help us improve this page

Thomas Paine (1737-1809) was England's greatest revolutionary: no other reformer was as actively involved in events of the scale of the American and French Revolutions, and none wrote such best-selling texts with the impact of Common Sense and Rights of Man. No one else combined the roles of activist and theorist, or did so in the "age of revolutions", fundamental as it was to the emergence of the "modern world". But his fame meant that he was taken up and reinterpreted for current use by successive later commentators and politicians, so that the "historic Paine" was too often obscured by the "usable Paine". J. C. D. Clark explains Paine against a revised background of early- and mid-eighteenth-century England. He argues that Paine knew and learned less about events in America and France than was once thought. He de-attributes a number of publications, and passages, hitherto assumed to have been Paine's own, and detaches him from a number of causes (including anti-slavery, women's emancipation, and class action) with which he was once associated. Paine's formerly obvious association with the early origin and long-term triumph of natural rights, republicanism, and democracy needs to be rethought. As a result, Professor Clark offers a picture of radical and reforming movements as more indebted to the initiatives of large numbers of men and women in fast-evolving situations than to the writings of a few individuals who framed lasting, and eventually triumphant, political discourses.
If the item details above aren’t accurate or complete, we want to know about it. Report incorrect product info.