Thomist Realism and the Critique of Knowledge - by Etienne Gilson (Paperback) 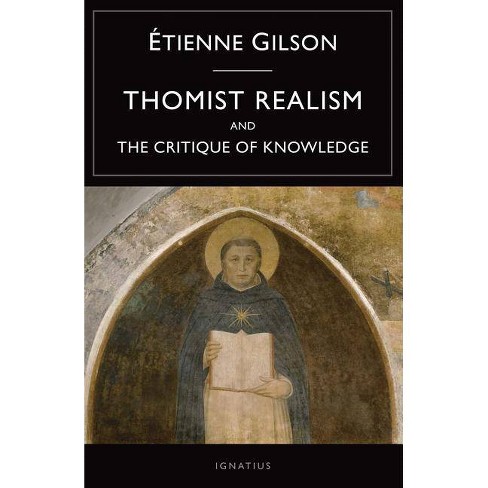 The highly regarded French philosopher, tienne Gilson, brilliantly plumbs the depths of Thomistic Realism, and false Thomisms as well, in this answer to Kantian modernism. The important work, exquisitely translated by Mark Wauck, brings the essential elements of philosophy into view as a cohesive, readily understandable, and erudite structure, and does so rigorously in the best tradition of St. Thomas.

Written as the definitive answer to those philosophers who sought to reconcile critical philosophy with scholastic realism, Gilson saw himself as an historian of philosophy whose main task was one of restoration, and principally the restoration of the wisdom of the Common Doctor of the Church, St. Thomas Aquinas.

Gilsons thesis was that realism was incompatible with the critical method and that realism, to the extent that it was reflective and aware of its guiding principles, was its own proper method. He gives a masterful account of the various forces that shaped the neo-scholastic revival, but Gilson is concerned with the past only as it sheds light on the present. In addition to his criticisms, Gilson presents a positive exposition of true Thomist realism, revealing the foundation of realism in the unity of the knowing subject.