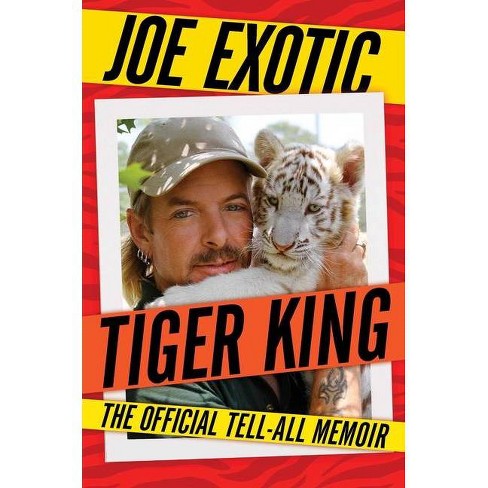 Joe Exotic, star of the Netflix original documentary that "consumed the pop-cultural imagination" (The Atlantic) and transfixed a nation in the midst of a global crisis, opens up about his outlandish journey from Midwestern farmer to infamous Tiger King, and finally, to federal inmate. Seemingly overnight, the 2020 global pandemic forever changed the world as we knew it and forced millions to adjust to a new normal of isolation and working from home. But one thing--one man--managed to captivate us all: Joe Exotic, the Tiger King. More than just a true crime documentary, Netflix's Tiger King provided an exclusive glimpse into the bizarre, cult-like world of big cat enthusiasts. By focusing on Joseph Maldonado-Passage, a proud polygamist and self-proclaimed "gun-toting, gay redneck with a mullet," it gave us an unexpected anti-hero whose insatiable appetite for fame and his paranoid obsession with rival Carole Baskin ultimately led to his shocking downfall. Now, in this no-holds-barred memoir, Joe pulls back the curtain on the man behind the headlines. From his tragic childhood riddled with abuse to his dangerous feuds with big cat rivals and beyond, nothing is off the table. This is the exclusive and definitive read for anyone who binged the "riveting" (Vanity Fair) documentary and finished it hungry for more. A memoir unlike any other, it proves that they can cage the Tiger King, but they can't silence his roar.
If the item details above aren’t accurate or complete, we want to know about it. Report incorrect product info.