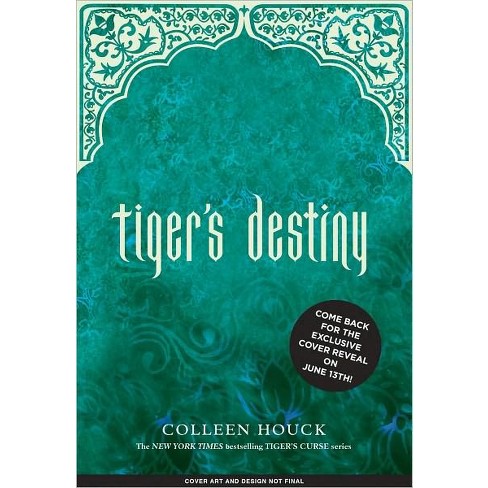 With three of the goddess Durga's quests behind them, only one prophecy now stands in the way of Kelsey, Ren, and Kishan breaking the tiger's curse. But the trio's greatest challenge awaits them.

With three of the goddess Durga's quests behind them, only one prophecy now stands in the way of Kelsey, Ren, and Kishan breaking the tiger's curse. But the trio's greatest challenge awaits them: A life-endangering pursuit in search of Durga's final gift, the Rope of Fire, on the Andaman Islands in the Bay of Bengal. It's a race against time--and the evil sorcerer Lokesh--in this eagerly anticipated fourth volume in the bestselling Tiger's Curse series, which pits good against evil, tests the bonds of love and loyalty, and finally reveals the tigers' true destinies once and for all. A smart phone tag code on the back cover links readers to the series website.

Ablaze with fiery passions--and sheets of actual fire, too--this conclusion to the Tiger's Curse quartet brings Oregon teenager Kelsey and the two Indian were-tiger princes who have divided her heart through a climactic battle to a final, bittersweet mate selection. . . . [readers] are sure to be left throbbing and misty-eyed. -- Kirkus Reviews The Tiger's Curse Series has everything my heart could desire in a fantasy: exotic locations, two dashing princes, good vs. evil, the promise of danger and adventure lurking around every corner-and did I mention the two dashing princes? Warning: these books may cause you to forget anything else exists until you've turned the last enthralling page. And then you'll want to start all over again! --Bree Despain, author of the Dark Divine trilogy PRAISE FOR Tiger's Voyage: "Epic, grand adventure rolled into a sweeping love story . . ." --Sophie Jordan, author of Firelight"An epic love triangle that kept me eagerly turning the pages!" --Alexandra Monir, author of Timeless PRAISE FOR Tiger's Quest:
". . . shocking, heart-rending, soul-tearing. . ." --Kirkus Reviews PRAISE FOR Tiger's Curse:
"Tiger's Curse is magical!" --Becca Fitzpatrick, New York Times bestselling author of Hush, Hush "Action, history, poetry, romance, magic--everything you could ever want." --RT Book Reviews "Houck''s debut YA fantasy, which she self-published in 2009, is richly imagined..." --Publishers Weekly "Houck...is adept at including details that allow readers to understand the story's setting...Twilight fans will appreciate the supernatural, star-crossed romance." --School Library Journal