To the North Anna River - by Gordon C Rhea (Hardcover) 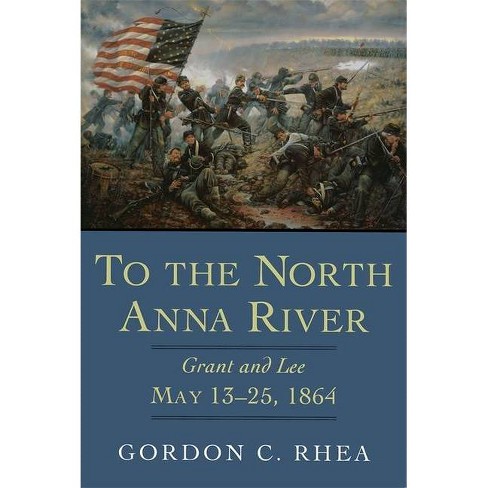 $27.99
0 out of 5 stars with 0 reviews
be the first!be the first! ratings
Shipping
Free standard shipping with RedCard
Help us improve this page

With his third book, To the North Anna River, Gordon Rhea resumes his spectacular narrative of the initial campaign between Ulysses S. Grant and Robert E. Lee in the spring of 1864. May 13 to 25, a phase oddly ignored by historians, was critical in the clash between the Army of the Potomac and the Army of Northern Virginia. During those thirteen days--an interlude bracketed by horrific battles that riveted the public's attention--a game of guile and endurance between Grant and Lee escalated to a suspenseful draw on Virginia's North Anna River. Rhea skillfully sets the stage at dawn May 13 and from there lends every imaginable perspective--from mental interiors to sweeping panoramas to scholarly retrospection--on the ensuing hours.

From the bloodstained fields of the Mule Shoe to the North Anna River, with Meadow Bridge, Myers Hill, Harris Farm, Jericho Mills, Ox Ford, and Doswell Farm in between, grueling night marches, desperate attacks, and thundering cavalry charges became the norm for both Grant's and Lee's men. But the real story of May 13-25 lay in the two generals' efforts to outfox each other, and Rhea charts their every step and misstep. Realizing that his bludgeoning tactics at the Bloody Angle were ineffective, Grant resorted to a fast-paced assault on Lee's vulnerable points. Lee, outnumbered two to one, abandoned the offensive and concentrated on anticipating Grant's maneuvers and shifting quickly enough to repel them. It was an amazingly equal match of wits that produced a gripping, high-stakes bout of warfare--a test, ultimately, of improvisation for Lee and of perseverance for Grant. From unprecedented research into more than 550 published and unpublished sources, Rhea produces an exciting new take on this overlooked passage in the Civil War. He discovers a surprising similarity in military temperament between Lee and Grant, whom historians traditionally contrast. He also presents the first detailed recounting of Philip Sheridan's dramatic battle to save his cavalry corps in front of Richmond; the story of the novice New York and New England heavy artillerists drawn down from Washington; the specifics of Grant's forlorn attack of May 18 at Spotsylvania Court House; and the full picture of Lee's ingenious inverted V formation on the North Anna. The most accurate, not to mention enthralling, account to date of this next phase in Lee and Grant's opening match, To the North Anna River is a worthy sequel to Rhea's earlier acclaimed works.
If the item details above aren’t accurate or complete, we want to know about it. Report incorrect product info.