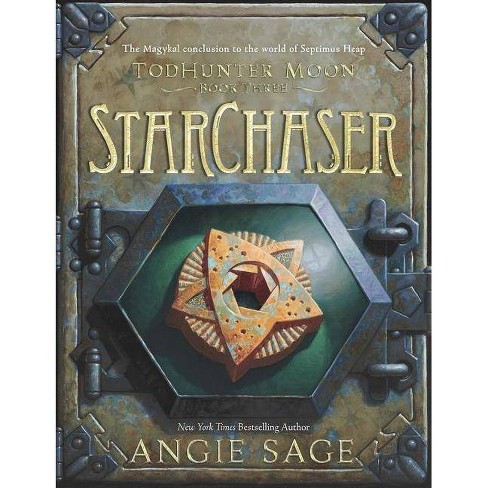 $10.19
MSRP$17.99
no reviews yet
be the first!be the first! ratings
Shipping
Free standard shipping with RedCard
Help us improve this page

Almost one year ago, Alice TodHunter Moon left her PathFinder village to become Apprentice to ExtraOrdinary Wizard Septimus Heap. The Castle still fills Tod with wonder--it's hard to believe all that Magyk comes from the great block of lapis lazuli beneath the Wizard Tower.

But in faraway lands, the brilliant blue stone is crumbling to dust. Soon the destruction will spread to the Castle, and the Wizard Tower will lose its Magyk and come tumbling down. It seems that the Orm Egg that Tod rescued from the evil sorcerer Oraton-Marr was the KeyStone holding the Enchantment of the lapis lazuli in place. But the Egg has hatched now, and the KeyStone is no more.

Somehow, from somewhere, another KeyStone must be found--but how?

This final installment of the TodHunter Moon trilogy celebrates how hard work, selflessness, and the courage to be who you are can create a harmony that spans the seas and stars.

The final adventure in the TodHunter Moon trilogy!

Seven years after the events of the original Septimus Heap series, a young PathFinder named Alice TodHunter Moon joined the Castle ranks as Apprentice to ExtraOrdinary Wizard Septimus Heap. In this third book, Tod must find a replacement KeyStone before the Castle--and all its Magyk--disappears forever.