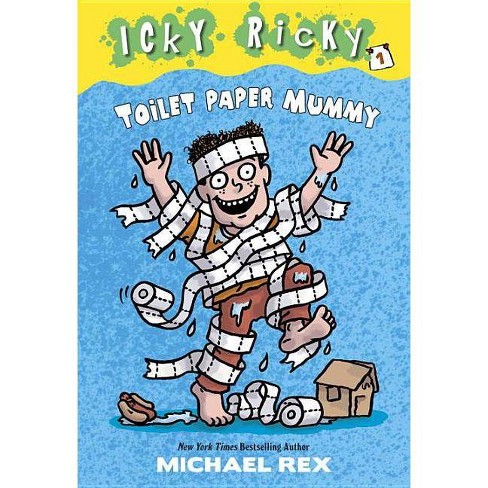 $4.99
0 out of 5 stars with 0 reviews
be the first!be the first! ratings
Help us improve this page

The creator of Goodnight Goon and The Runaway Mummy pulls from his mad-scientist brain a kid so attracted to slime, muck, dirt, and yuck he could only be called Icky Ricky. Uh-oh! Icky Ricky is in trouble and has a lot of explaining to do. Why? Well, you see . . . He did his homework on cheese slices, but got hungry and ate them.
He had his friends over for a sleepover . . . on the bedroom ceiling.
Harry, Icky Ricky's favorite hot dog, just landed in his dad's toolbox.
The town bully, Mean Dean, is looking to pound whoever lost his remote-controlled car. Was is Icky Ricky? Icky Ricky is up to his eyebrows in mayhem--and in ick! "Icky Ricky proves to be a satisfying new hero for readers who are ready for a more expansive view of the world than that offered by Dav Pilkey's Captain Underpants series. . . . Readers will easily conclude that Ricky is awesome!"--BooklistOnline
"Hits the gross-out sweet spot."--Kirkus
"I thoroughly enjoyed these books, and I look forward to more icky adventures from young Ricky."--Nick Bruel, author of Bad Kitty
If the item details above aren’t accurate or complete, we want to know about it. Report incorrect product info.