Tom Seaver and Me - by Pat Jordan (Hardcover) 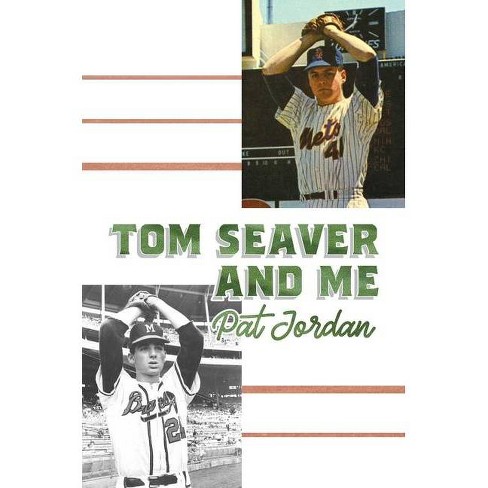 The story of a forty-year friendship between two strong-willed, talented men--one a great success as a baseball pitcher, the other an abject failure. I tell him what Hemingway said about writing talent, "It's like a knife blade. If you save it it gets dull and rusty. Better to use it constantly to keep it sharp even if it wears down." Tom tilts his head like dogs do when confused by their master. He says, with a small smile, "You just keep thinking, Butch. That's what you're good at." I say, "I got vision, Sundance, and the rest of the world wears bifocals." Tom throws again. Fastball, low outside corner to a right handed batter. I shake my head and say, "If I could have thrown my fastball to that spot, Big Guy, you'd be interviewing me now." *** Pat Jordan, a $50,000 bonus pitcher with the Milwaukee Braves in 1959, first met Tom Seaver, himself a $50,000 bonus pitcher with the New York Mets--and the greatest pitcher of his generation--in 1971. Combustible, combative, hilarious, and even touching at times, Tom Seaver and Me tells the story of the forty-year friendship that followed.

Pat Jordan is an accomplished sports writer and former minor league baseball player. He is a regular contributor to the New York Times Magazine, among other periodicals, and his work has been included in Best American Sports Writing, Best American Mystery Stories, Best American Essays, and Norton Anthology of World Literature. He is also the author of numerous books, including the memoirs, A False Spring and A Nice Tuesday.
If the item details above aren’t accurate or complete, we want to know about it. Report incorrect product info.