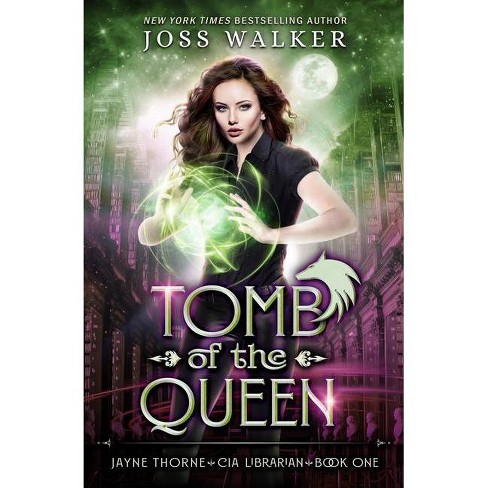 Magic has long been contained in a tiny river of stars, only accessible to a very few talented magicians. But Jayne Thorne has come into her powers, and the world is about to change.

A librarian. A spellbook. And a magical terror organization set on enslaving the world.

Librarian Jayne Thorne enjoys her quiet life of tea and books. That is, until she finds a spell book in the Vanderbilt University archives that accidentally gives her access to a magical dimension. Now she's hunted by a magic-wielding terrorist group, and the only way for her to survive is to team up with a secret branch of the CIA. Her first mission: Go undercover at Trinity College Library in Dublin and determine if the Book of Leinster is actually a magical necromantic grimoire.

With the help of a handsome Irish kickboxer, Jayne uncovers the truth of her unexpected spell book: The Irish manuscript is one of five grimoires that can raise five dead, master magicians, and secure their totems of power. With these totems comes the power to control the world.

But the spell book isn't the only thing with secrets in Jayne's new life. Danger lurks in every corner and Jayne must rise to meet her fated role...or perish alongside the rest of the world.

A Discovery of Witches meets Mercy Thompson, with a splash of Indiana Jones and Gilmore Girls, in this lighthearted paranormal adventure. This is the fantasy you've been waiting for.

"Joss Walker brings the magic back! It will take a witch with heart, humor, and book smarts-plus some killer kick-boxing skills-to save the world, and Jayne Thorne is the witch we need now. Hold on tight, you urban fantasy fans, because once you open Tomb of the Queen, the action doesn't stop until the last thrilling page." -Laura Benedict, bestselling author of the Bliss House trilogy