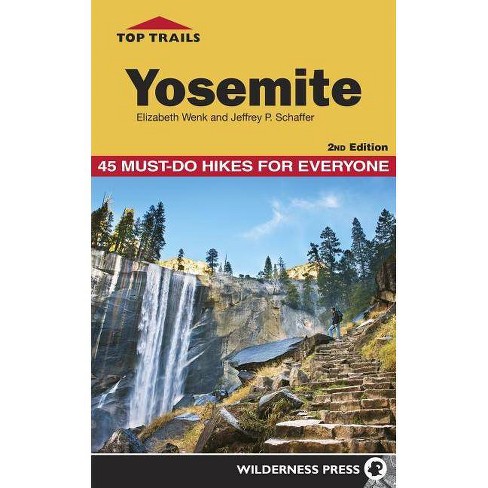 Since childhood, Lizzy Wenk has hiked and climbed in the Sierra Nevada and continues the tradition with her husband, Douglas Bock, and daughters, Eleanor and Sophia. As she obtained a PhD in Sierran alpine plant ecology from the University of California, Berkeley, her love of the mountain range morphed into a profession. But writing guidebooks has become her way to share her love and knowledge of the Sierra Nevada with others. Lizzy continues to obsessively explore every bit of the Sierra, spending summers hiking on- and off-trail throughout the range, but she currently lives in Sydney, Australia, during the "off-season." Other Wilderness Press titles she has authored include John Muir Trail, One Best Hike: Mount Whitney, One Best Hike: Grand Canyon, 50 Best Short Hikes: Yosemite, and Wildflowers of the High Sierra and John Muir Trail, the latter a perfect companion book for all naturalists.

Jeffrey P. Schaffer has been hiking and climbing in Yosemite National Park since 1964. He's logged thousands of miles on-trail in the park and has completed some 70 different roped ascents, including several first ascents. In 1972 he began work on his first book for Wilderness Press, The Pacific Crest Trail. Since then, he has written and contributed to more than a dozen Wilderness Press guidebooks, including Yosemite National Park: A Complete Hiker's Guide. Today, he teaches a variety of natural sciences courses at San Francisco Bay Area community colleges, does Sierran geomorphic research, leads climbs both outdoors and in climbing gyms, and lives with his wife in the Napa Valley.