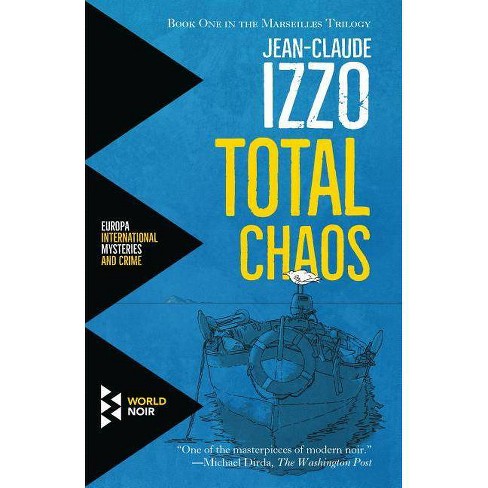 $11.99
MSRP$17.00
no reviews yet
be the first!be the first! ratings
Shipping
Free standard shipping with RedCard
Loading, please wait...
Help us improve this page

Praise for Total Chaos "Izzo's ability to describe Marseilles and to make his readers feel the multiracial reality of that city so directly and authentically is fascinating."
--Andrea Camilleri, author of the bestselling Inspector Montalbano series "Izzo's Marseilles is ravishing. Every street, cafe and house has it's own character."
--The Globe and Mail "Like the best noir writers--and make no mistake, he is among the best--Izzo not only has a keen eye for detail . . . but also digs deep into what makes men weep."
--Time Out New York "Just as Raymond Chandler and James Ellroy made Los Angeles their very own, so Mr. Izzo has made Marseilles so much more than just another geographical setting."
--The Economist "The Marseilles trilogy may be the most lyrical hard-boiled writing yet."
--The Nation "Reading Izzo's novels, you're bound to cry sooner or later."
--Le Monde "Rich, ambitious, and passionate."
--Washington Post "Izzo provides another guided tour of the underbelly of Marseilles (so extensive that it seems to swallow the whole city) that's bracing in its wit and velocity."
--Kirkus (Starred review)
"One of the masterpieces of modern noir." --Michael Dirda, The Washington Post
If the item details above aren’t accurate or complete, we want to know about it. Report incorrect product info.