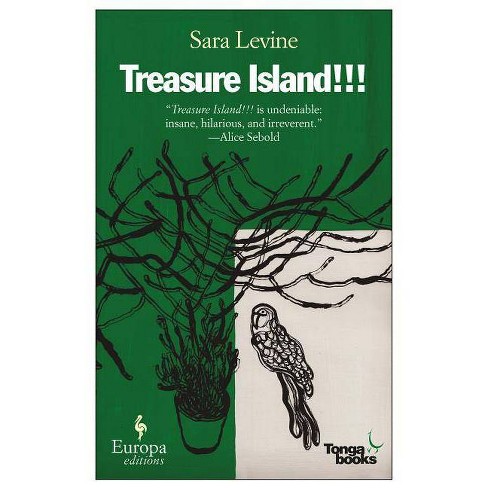 $10.79
0 out of 5 stars with 0 reviews
be the first!be the first! ratings
Shipping
Free standard shipping with RedCard
Help us improve this page

A young slacker decides to live her life according to Robert Louis Stevenson's classic adventure: "A rollicking tale, shameless, funny and intelligent" (The New York Times).

When a college graduate with a history of hapless jobs (ice cream scooper, gift wrapper, laziest ever part-time clerk at The Pet Library) reads Robert Louis Stevenson's novel Treasure Island, she is dumbstruck by the timid design of her life. When had she ever dreamed a scheme? When had she ever done a foolish, overbold act? When had she ever, like Jim Hawkins, broken from her friends, raced for the beach, stolen a boat, killed a man, and eliminated an obstacle that stood in the way of her getting a hunk of gold?
Convinced that Stevenson's book is cosmically intended for her, she redesigns her life according to its Core Values: boldness, resolution, independence, and horn-blowing. Accompanied by her mother, her sister, and a hostile Amazon parrot that refuses to follow the script, our heroine embarks on a domestic adventure more frightening than anything she'd originally planned. Treasure Island!!! is the story of a ferocious obsession, told by an original voice--"insane, hilarious, and irreverent" (Alice Sebold). "Highly original . . . will keep you entertained in spite of (or more accurately, because of) its toxic narrator."--Library Journal "A hoot."--Kirkus Reviews
If the item details above aren’t accurate or complete, we want to know about it. Report incorrect product info.