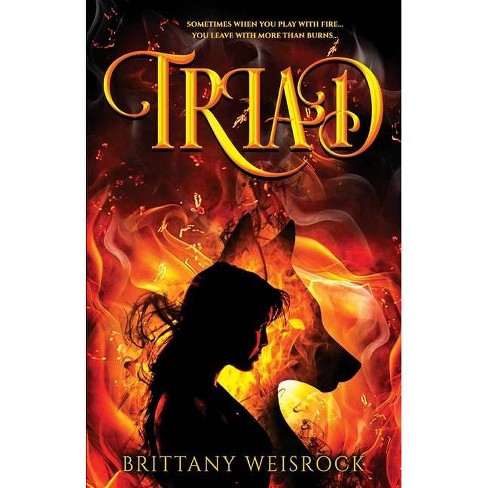 With a demon on the rise, headstrong wolf, Athena, and her brothers fight to save humanity and navigate love, loss, and betrayal.

Fans of From Blood and Ash will adore Triad!

Athena Whiteridge, born into a powerful prophecy, along with her brothers, Anders and Atlas, form the Triad. Set to rule as Alpha of her pack, this wolf has a secret-Athena possesses abilities to manifest fire, capable of shifting into more than a mere wolf.

On a mission, Athena is rendered dumbstruck by an unsuspecting human, Kalen Ryan. All her strength and skills can't save her from falling for him. Except-wolves don't take humans mates. Without understanding their intense connection, the pair leave club Zephyr.

Forced to face a council of leaders and her family, Athena must explain how Kalen is beyond the Barrier and in the Unseen. In attempts to fend off concerns-Athena uncovers her father, Cyrus's deceit and treachery that runs deep.

The trouble is only beginning. . .

Join the Whiteridges, as they navigate betrayal, love, and battle an ancient evil in a race to save humanity and the Unseen.