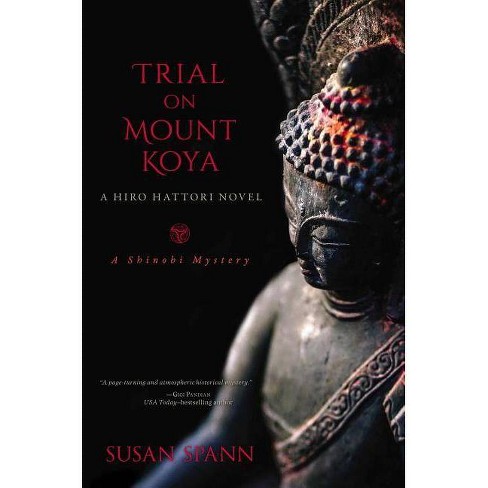 $11.89
MSRP$15.95
no reviews yet
be the first!be the first! ratings
Shipping
Free standard shipping with RedCard
Loading, please wait...
Help us improve this page

"East meets West, spies dine with monks, and mind grapples with heart in a sixteenth-century locked-room mystery on a snowy mountain. Susan Spann hits perfection yet again." --Laurie R. King, author of The Beekeeper's Apprentice and Island of the Mad "A page-turning and atmospheric historical mystery that beautifully melds fascinating Japanese history with a cleverly constructed mystery reminiscent of And Then There Were None--if the famous Agatha Christie mystery had been set in medieval Japan on a sacred mountaintop during a snowstorm." --Gigi Pandian, USA Today-bestselling author of the Jaya Jones Treasure Hunt Mysteries "Susan Spann is up front in saying that Trial on Mount Koya is an homage to Agatha Christie. Believe me, she does the great Dame Agatha proud. This excellent entry in Spann's series of Hiro Hattori mysteries offers plenty of esoteric clues and red herrings that are fun to chase. Along the way, she even does Christie one better, giving readers a fascinating glimpse of life and religion in feudal Japan. This is a book sure to please Spann's growing legion of fans as well as anyone who loves the work of Agatha Christie." --William Kent Krueger, Edgar(R) Award-winning author of Sulfur Springs

"Spann writes with careful attention to dialogue and setting. Though the interactions feel contemporary, each scene is set like a paneled Japanese painting from the era. Fans of this series, and of similar series set in medieval Japan by Laura Joh Rowland and I. J. Parker, will appreciate Spann's clever homage to the locked-room mystery."

--Booklist
If the item details above aren’t accurate or complete, we want to know about it. Report incorrect product info.