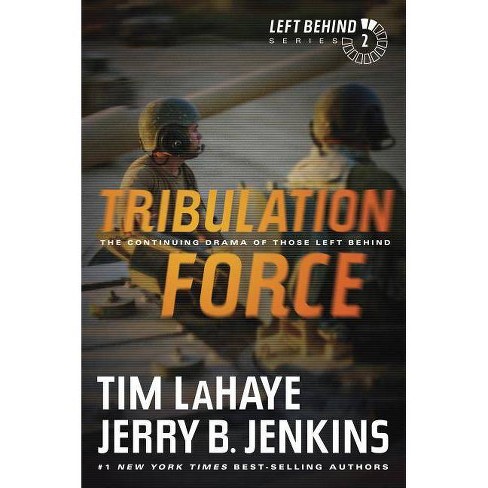 Set against the backdrop of the Rapture, in which Jesus has returned as promised to gather his followers, the characters in "Tribulation Force" must confront life without their loved ones, struggle with evil, and embrace God's truth for themselves.

Book 2 in the 12-book series that has sold over 63 million copies!

Tribulation Force: The Continuing Drama of Those Left Behind
It has been nearly two years since the day of the mass disappearances. In one cataclysmic instant, millions all over the globe simply vanished, leaving everything but flesh and bone behind. Global war has erupted, and the Tribulation Force sets a suicidal course that places them in direct opposition to the rise of Antichrist.

Tribulation Force is #2 in the phenomenal New York Times best-selling Left Behind series that rocked the publishing world and made millions think seriously about the future and their places in it.