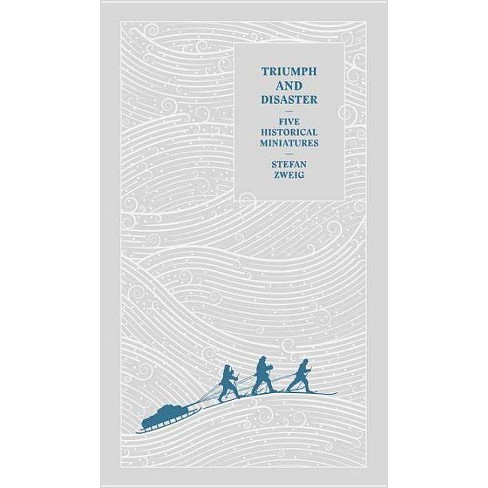 $12.99
MSRP$16.95
no reviews yet
be the first!be the first! ratings
Shipping
Free standard shipping with RedCard
Help us improve this page

One of two beautifully designed hardback gift editions of Stefan Zweig's breathlessly dramatic historical sketches, out in time for Christmas. A single Yes, a single No, a Too Soon or a Too Late makes that hour irrevocable for hundreds of generations while deciding the life of a single man or woman, of a nation, even the destiny of all humanity. Five vivid dramatizations of some of the most pivotal episodes in human history, from the Fall of Constantinople to Scott's doomed attempt to reach the South Pole, bringing the past to life in brilliant technicolor. Included in this collection:
"The Field of Waterloo": A fascinating little known story of Napoleon's defeat.
"The Race to Reach the South Pole": The failed expedition of the English to discover the South Pole first.
"The Conquest of Byzantium": Sultan Mahomet's defeat of Byzantium through a neglected door.
"The Sealed Train": Lenin's triumphant return from exile.
"Wilson's Failure": The Treaty of Versailles is signed.
If the item details above aren’t accurate or complete, we want to know about it. Report incorrect product info.