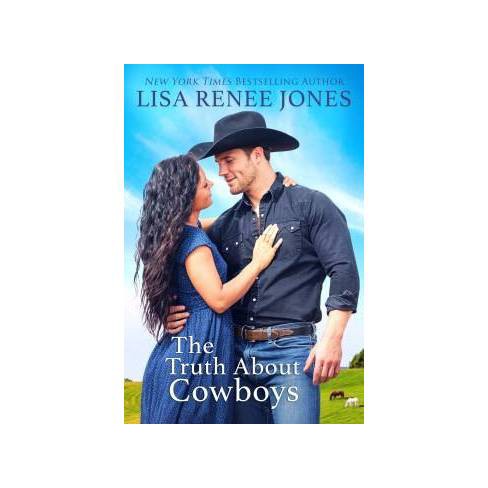 After a Denver attorney loses her job, fiancâe, and apartment, she meets cowboy Jason Jenks when her car breaks down in the rain as she's attempting to "finding herself" in Texas.

I had my life figured out.

Engaged to a successful man.

About to make partner at my firm.

And then, poof, it's all gone. Now, like in some cheesy romantic comedy, my car has broken down in the pouring rain on my way to "find myself" in The Middle of Nowhere, Texas. Cue hot guy coming to my rescue and changing my tire. This is the part where we flirt and have a meet-cute, right? That's how it works in romance novels, and I should know--after all, I'm coming to Texas to write my own cowboy romance. But nope. This sexy cowboy lights into me about not being prepared for the country roads and how inappropriate my high-heeled boots are.

Little did I know, Jason Jenks would tilt my world into a new dimension with his sinful smirk and his bad attitude. Every time I turn around, he's there to reluctantly save the day. And every time, I think there may be something to that spark we ignite. But there's a reason the majority of country songs are about broken hearts. The closer I get to this man, the closer I get to learning the truth about cowboys.

Each book in the Texas Heat series is STANDALONE:
* The Truth About Cowboys
* Tangled Up In Christmas

New York Times and USA Today bestselling author Lisa Renee Jones is the author of the highly acclaimed INSIDE OUT series. Suzanne Todd (producer of Alice in Wonderland) on the INSIDE OUT series: Lisa has created a beautiful, complicated, and sensual world that is filled with intrigue and suspense. Sara's character is strong, flawed, complex, and sexy - a modern girl we all can identify with.

In addition to the success of Lisa's INSIDE OUT series, she has published many successful titles. The TALL, DARK AND DEADLY series and THE SECRET LIFE OF AMY BENSEN series, both spent several months on a combination of the New York Times and USA Today bestselling lists. Lisa is presently working on a dark, edgy new series, Dirty Money, for St. Martin's Press.

Prior to publishing Lisa owned multi-state staffing agency that was recognized many times by The Austin Business Journal and also praised by the Dallas Women's Magazine. In 1998 Lisa was listed as the #7 growing women owned business in Entrepreneur Magazine.

You're My Little Pumpkin Pie - by Various (Hardcover)

Vendetta in Death - (In Death) by J D Robb (Paperback)

5 out of 5 stars
Would recommend
Mommys Book Escape - 3 years ago
The Truth About Cowboys is added to my list of favorite reads. Two damaged souls push and pull each other with an attraction they didn’t expect or even want. Jason, a former pro baseball player, was burned by the likes of a “city girl.” In his eyes they’re all alike. He’s a sexy cowboy with a judgmental brazen attitude. Jason has had his share of hard times both emotionally and financially which also creates the mental stress that he struggles to rein in. Cynical as he is, he can’t control what he feels for Jessica. She is the storm within he can’t control. Jessica a divorce attorney doesn’t believe in love. She has seen her mother get married and divorced several times and the fact that she was cheated on by her ex. She’s headstrong but when it comes to Jason, she confused. She wants him but can’t stand his arrogant ways. Lisa has written a story of how true love can heal a broken soul. Once again she has taken her readers on an incredible journey filled with stubborn a hero and even a more stubborn heroine. Hopefully we will read more about Jessica and Jason in the future. I received an advance copy from Entangled Publishing, LLC via NetGalley. All opinions are my own.
Did you find this review helpful?