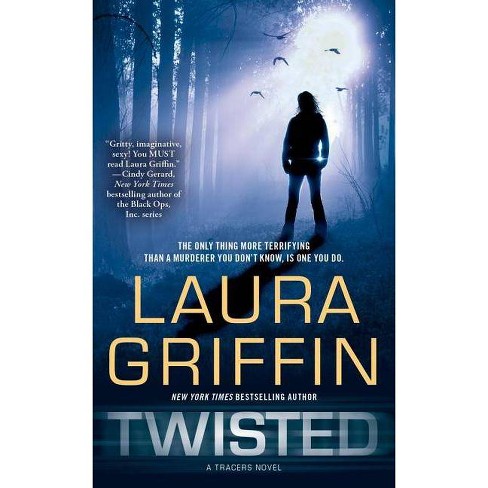 Motive, opportunity, and no alibiNdetective Allison Doyle knows it's as close to a slam dunk as most investigations get. But even though her small-town Texas police department has identified a prime suspect in a young woman's vicious murder, she can't rest easy. And when legendary FBI profiler Mark Wolfe shows up with a startling new theory, all her doubts are amplified. Original.

This fifth thrilling Tracers novel from bestselling and award-winning author Laura Griffin features a rookie cop and an FBI profiler who discover they're after the same killer--or is the killer after them? Rookie detective Allison Doyle only has room in her life for one goal: to prove to herself and everyone else that she is every bit as capable as the men in her small-town Texas police department. But when vicious murder sends a shock wave through her community, Allison finds herself at the epicenter of a bigger challenge than she ever imagined. Legendary FBI profiler Mark Wolfe arrives to consult on the case and puts forth a startling new theory--that the crime is the handiwork not of the police's prime suspect, but of an elusive psychopath Mark has been hunting for more than a decade. Facing skepticism from local investigators, Mark casts about for someone open-minded enough to listen to his theory--and zeroes in on Allison. Teaming up with Mark puts Allison's professional reputation in jeopardy--not to mention her heart--but she shoves these risks aside so she can tap into one of the FBI's best assets. With Mark's help, as well as an elite group of forensic scientists known as Tracers, Allison uncovers the killer's true identity. Or does she? As the net tightens around a psychopath, Allison begins to wonder if she and Mark have trapped a killer or become ensnared.

"New York Times" and "USA TODAY" bestselling author Laura Griffin started her career in journalism before venturing into the world of romantic suspense. Her books have also won numerous awards, including a 2010 RITA ("Whisper of Warning") and a 2010 Daphne du Maurier Award ("Untraceable"). Laura currently lives in Austin. Visit her website at LauraGriffin.com.
If the item details above aren’t accurate or complete, we want to know about it. Report incorrect product info.