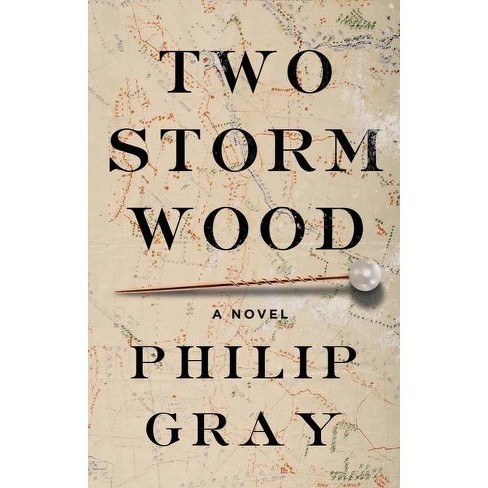 "In this thriller set on the battlefields of the Somme after the end of World War I, a woman investigates the disappearance of her fiancâe. The Great War has ended, but for Amy Vanneck there is no peace. Her fiancâe, Edward Haslam, a lieutenant in the 7th Manchesters, is missing, presumed dead. Amy travels to the desolate battlefields of northern France to learn his fate and recover his body. She's warned that this open-air morgue is no place for a civilian, much less a woman, but Amy is willing to brave the barbed wire, the putrid water, and the rat-infested tunnels that dot the landscape. Her search is upended when she discovers the scene of a gruesome mass murder. What does it signify? Soon Amy begins to have suspicions that Edward might not be dead. Disquieting and yet compulsively readable, Two Storm Wood builds to an ending that is both thrilling and emotionally riveting"--

On the desolate battlefields of northern France, the guns of the Great War are silent. Special battalions now face the dangerous task of gathering up the dead for mass burial.

Captain Mackenzie is a survivor of the war, but still its prisoner. He cannot return home until his fallen comrades are recovered and laid to rest. His task is upended when a gruesome discovery is made beneath the ruins of a German strongpoint. Amy Vanneck's fiancé is one soldier lost amongst many, but she cannot accept that his body may never be found. Defying convention, hardship, and impossible odds, she heads to France, determined to discover what became of the man she loved.

It soon becomes clear that what Mackenzie has uncovered is a war crime of inhuman savagery. As the truth leaches out, both he and Amy are drawn into the hunt for a psychopath, one for whom the atrocity at Two Storm Wood is not an end, but a beginning.

[R]efreshingly different.... Gray has crafted a historical thriller in which a gutsy heroine goes searching for answers on the empty battlefields of the Western Front.... [T]horoughly researched and tightly plotted. Amy's sleuth work -- tracking down survivors, sifting testimonies, venturing underground and re-evaluating the man she loves -- makes for absorbing reading.... A thought-provoking drama which routinely strikes a number of serious notes about man's inhumanity and the traumatic effects of conflict.--Malcolm Forbes "Star Tribune"

Atmospheric and meticulously researched, Two Storm Wood sheds light on the horrors and the trauma that continued even after the Armistice. It is that most wonderful of creations--a novel that informs while keeping you on the edge of your seat.--Abir Mukherjee, author of Death in the East

In this poignant, intricately plotted novel, Gray succeeds in entwining two powerful tales--a love story and a hate story--in a way that, right from the shocking start, is both convincing and enthralling.--Virginia Baily, author of Early One Morning

One of the most evocative thrillers I've ever read.... Haunting, cinematic, and utterly gripping.--D. B. John, author of Star of the North

The world has been waiting for a worthy successor to Sebastian Faulks's Birdsong--now Philip Gray has delivered it.--David Young, author of Stasi Child

[A] splendidly realised historical thriller....its achievement lies in Gray's finely worked portraits of the pity of war -- those damaged by conflict and those who have to deal with its mind-altering consequences.--James Owen "The Times"