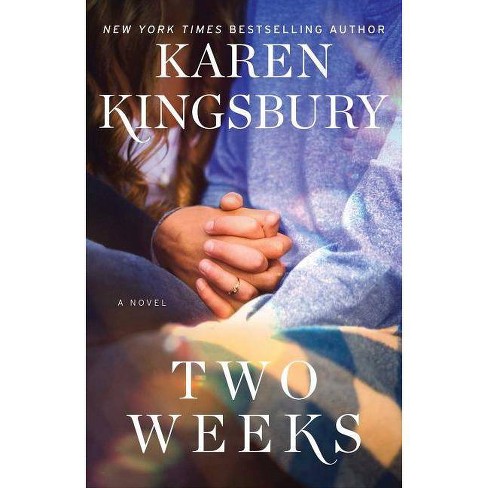 From #1 "New York Times"-bestselling author Kingsbury comes a heart-wrenching and redemptive new story in the Baxter Family series about a couple desperately waiting to bring their adopted child home, and a young mother about to make the biggest decision of her life.

From #1 New York Times bestselling author Karen Kingsbury comes a heart-wrenching and redemptive new story in the Baxter Family series about a couple desperately waiting to bring their adopted child home and a young mother about to make the biggest decision of her life. Cole Blake, son of Landon and Ashley Baxter Blake, is months away from going off to college and taking the first steps towards his dream--a career in medicine. But as he starts his final semester of high school he meets Elise, a mysterious new girl who captures his attention--and heart--from day one. Elise has her heart set on mending her wild ways and rediscovering the good girl she used to be. But not long after the semester starts, she discovers she's pregnant. Eighteen and alone, she shares her secret with Cole. Undaunted by the news, and in love for the first time in his life, Cole is determined to support Elise--even if it means skipping college, marrying her, and raising another man's baby. When Elise decides to place her baby up for adoption, she is matched with Aaron and Lucy Williams, who moved to Bloomington, Indiana to escape seven painful years of infertility. But as Elise's due date draws near, she becomes focused on one truth: she has two weeks to change her mind about the adoption. With Cole keeping vigil and Lucy and Aaron waiting to welcome their new baby, Elise makes an unexpected decision--one that changes everyone's plans. Tender and deeply moving, Two Weeks is a story about love, faith, and what it really means to be a family.

"Kingsbury doesn't stray from her signature style of creating scenes charged with emotion and characters that sparkle as paragons of virtue. Her fans will love this uplifting romance."-- "Publishers Weekly"

Karen Kingsbury, #1 New York Times bestselling novelist, is America's favorite inspirational storyteller, with more than twenty-five million copies of her award-winning books in print. Her last dozen titles have topped bestseller lists and many of her novels are under development as major motion pictures. Her Baxter Family books were developed into a TV series. Karen is also an adjunct professor of writing at Liberty University. She and her husband, Donald, live in Tennessee near their children and grandchildren.
If the item details above aren’t accurate or complete, we want to know about it. Report incorrect product info.