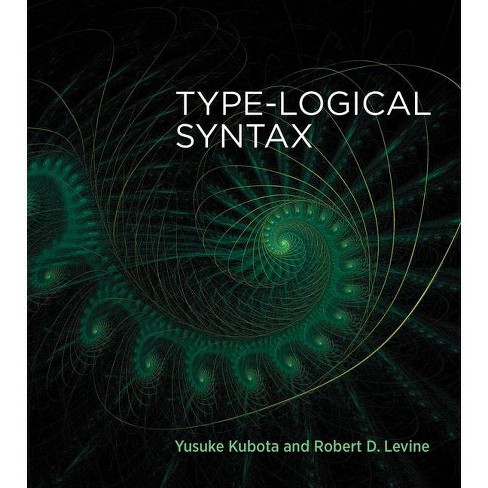 $60.99
undefined out of 5 stars with 0 reviews
be the first!be the first! ratings
Help us improve this page

A novel logic-based framework for representing the syntax-semantics interface of natural language, applicable to a range of phenomena.

In this book, Yusuke Kubota and Robert Levine propose a type-logical version of categorial grammar as a viable alternative model of natural language syntax and semantics. They show that this novel logic-based framework is applicable to a range of phenomena--especially in the domains of coordination and ellipsis--that have proven problematic for traditional approaches.

The type-logical syntax the authors propose takes derivations of natural language sentences to be proofs in a particular kind of logic governing the way words and phrases are combined. This logic builds on and unifies two deductive systems from the tradition of categorial grammar; the resulting system, Hybrid Type-Logical Categorial Grammar (Hybrid TLCG) enables comprehensive approaches to coordination (gapping, dependent cluster coordination, and right-node raising) and ellipsis (VP ellipsis, pseudogapping, and extraction/ellipsis interaction). It captures a number of intricate patterns of interaction between scopal operators and seemingly incomplete constituents that are frequently found in these two empirical domains. Kubota and Levine show that the hybrid calculus underlying their framework incorporates key analytic ideas from competing approaches in the generative syntax literature to offer a unified and systematic treatment of data that have posed considerable difficulties for previous accounts. Their account demonstrates that logic is a powerful tool for analyzing the deeper principles underlying the syntax and semantics of natural language.