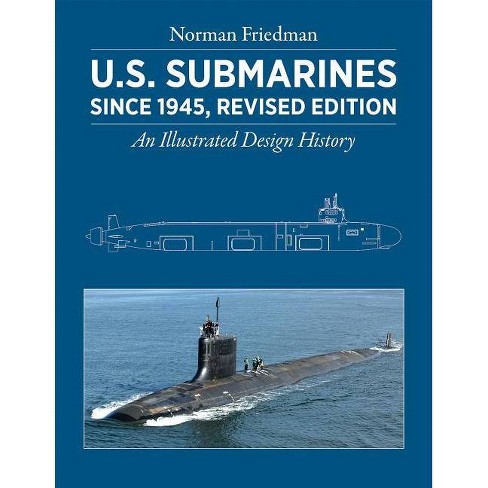 In the tradition of his acclaimed warship design histories, Norman Friedman describes the forces--technical, political, and operational--that shaped a vital element of U.S. sea power. For example, he examines the evolution in missions, such as forward-based antisubmarine warfare and strategic deterrence, that transformed the submarine from its former subsidiary role to the center of national power. U.S. Submarines Since 1945 is also the story of a technological revolution: first the emergence of fast diesel-electric craft, then the shock of nuclear power, followed by the appearance of submarine-launched ballistic missiles. Nowhere else can a reader find so complete or sophisticated an account of the development of the U.S. submarine force, including not only the hulls, but also the weapons and sensors they carry. The book details what submarines were ordered, what weapons and propulsion systems they had, how they performed, and what sonars and combat systems were developed.

This illustrated design history contains more than 100 photographs and more than 100 line drawings, including specially commissioned artwork from technical illustrator James L. Christley. These exclusive illustrations, along with the incisive text, capture the excitement of a revolutionary period in submarine development. Enthusiasts and professionals alike will welcome the abundance of information offered.

In this revised edition, Norman Friedman explores what has happened since the Cold War, which means both new classes and new technology (some of it applied to existing submarines). New material includes weapons and sensors as they have developed since 1995. This new technology is explained in the context of very different post-Cold-War priorities. In addition, Friedman includes new information that has become available on submarines described in the earlier edition.