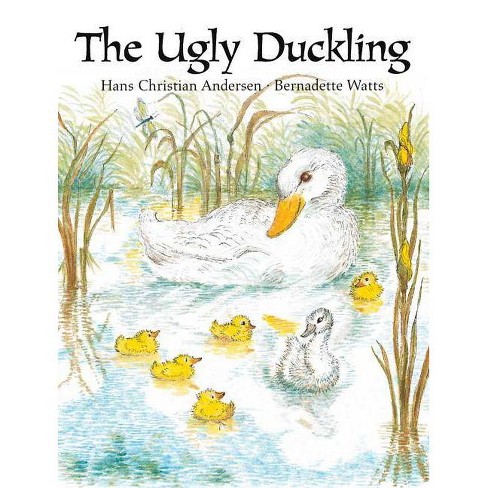 Ever since its publication in 1845, Hans Christian Andersen's The Ugly Duckling has been a favorite with generations of children around the world. Today's youngsters will be equally moved by the hapless ugly duckling, who, ridiculed and rejected by all, suffers terrible hardships. And they will celebrate along with him when he finally emerges triumphant as the most beautiful swan of all! Bernadette Watts's detailed illustrations chronicle the bittersweet story with charm and poignancy. Perfect for institutional, trade and gift accounts.

Hans Christian Andersen was born on April 2, 1805, in Odense, Denmark. A prolific writer, Andersen is best known for his fairy tales, which have been translated into more than 125 languages. By the time he died in Copenhagen in 1875, his work was known all over the world. Bernadette Watts, known throughout Europe simply as Bernadette, has illustrated many dozens of folk- and fairy tales. Born in England, she loved to draw from childhood. She studied at the Maidstone Art School?in Kent, UK, and for some time was taught by Brian Wildsmith and David Hockney. Bernadette's many beautiful books include The Snow Queen and The Little Drummer Boy. Bernadette finds her inspiration in nature. Today she lives and works in Kent. She has been illustrating for NorthSouth Books and NordSüd Verlag since the beginning of her career fifty years ago.
If the item details above aren’t accurate or complete, we want to know about it. Report incorrect product info.