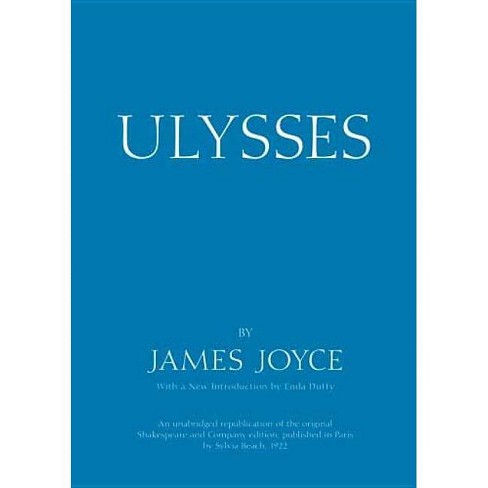 Loosely based on the Odyssey, this landmark of modern literature follows ordinary Dubliners through an entire day in 1904. Captivating experimental techniques range from interior monologues to exuberant wordplay and earthy humor.

Originally reviled as obscure and obscene, Joyce's masterpiece now stands as one of the great literary achievements of the twentieth century. Loosely based on Homer's Odyssey, the novel traces the paths of Leopold Bloom and other Dubliners through an ordinary summer day and night in 1904 -- a typical day, transformed by Joyce's narrative powers into an epic celebration of life.
First editions of Ulysses rank among the modern rare book trade's most valuable finds. This reprint of the original edition is not only the least expensive version available but also the truest to the author's vision. Many experts have reinterpreted the novel's surviving drafts to produce revised texts, but this edition remains the version that Joyce himself reviewed and corrected prior to the initial publication. A new Introduction by Joyce scholar Enda Duffy offers an enlightening and enthusiastic welcome to a landmark of modern literature.

Irish novelist, poet, and short-story writer James Joyce (1882-1941) ranks among the giants of 20th-century literature. His experimental narrative techniques opened a new world of storytelling that continues to influence modern writers.
If the item details above aren’t accurate or complete, we want to know about it. Report incorrect product info.