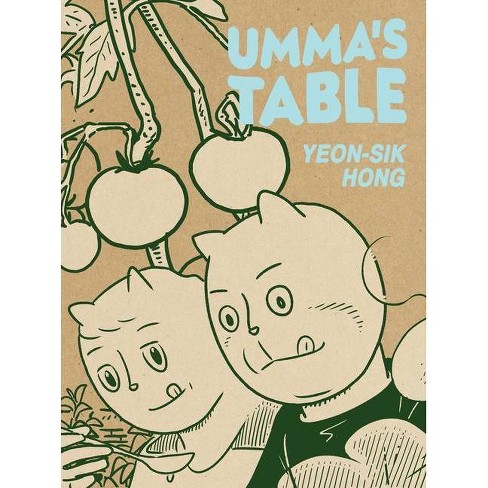 Madang is an artist and new father who moves to a quiet home in the countryside with his wife and young baby, excited to build a new life full of hope and joy, complete with a garden and even snow. But soon reality sets in and his attention is divided between his growing happy family and his impoverished parents back in Seoul in a dingy basement apartment. With an ailing mother in and out of the hospital and an alcoholic father, Madang struggles to overcome the exhaustion and frustration of trying to be everything all at once: a good son, devoted father, and loving husband. To cope, he finds himself reminiscing about their family meals together, particularly his mother's kimchi, a traditional dish that is prepared by the family and requires months of fermentation. Memories of his mother's glorious cooking--so good it would prompt a young Madang and his brother into song--soothe the family. With her impending death, Madang races to learn her recipes and bring together the three generations at the family table while it's still possible. This is a beautiful and thoughtful meditation on how the kitchen and communal cooking--in the past, present, and future--bind a family together amidst the inevitable.

This is a book about all the ways in which food, a proxy for love, can bring people closer; eating together, its author suggests, can make even the most complicated of families healthier and stronger and happier.
--The Guardian

It's the joy of cooking (and Hong's love for kimchi) that is most palpable from page to page of this book.
--Los Angeles Review of Books A beautiful and thoughtful meditation on how the kitchen and communal cooking--both past, present and future--bind a family together amidst the inevitable. --Comics Beat Differences between simplified characters and their more realistically detailed environments have been common in comics for almost a century, but Hong employs them for deeper effects that place the nature of his story world into intriguing tension. --Pop Matters A heartbreaking exploration of how bittersweet nostalgia feeds familial resentment and guilt. --The AV Club This moving story about being both a parent and a child represents a creative leap forward for one of Korea's up and coming contemporary comic artists. --Publishers Weekly, Starred Review I've read this book three times, and it broke my heart each time, slowly and deliberately... [I]n the end, Hong seems to be saying, we do what we can do. We love people. They disappoint us. They die. And life grows anew. --The Comics Journal Yeon-sik Hong has produced a book exploring something we can all relate to, how we care for the people we love, particularly when they have competing demands... He reminds us what is important in life, but also how we can feel like we could always do more, and the importance of making peace with this.
--The Quietus

Yeon-sik Hong was born in 1971. He began apprenticing in a manga studio in 1990, and wrote his first short stories (in comics form) in 1992, but commercial projects kept him from his personal work for another decade. His graphic novel about moving to the countryside, Uncomfortably Happily, was released to great acclaim in Korea in 2012 and translated into English by Drawn & Quarterly in 2017. He and his partner now live on the outskirts of Seoul.
If the item details above aren’t accurate or complete, we want to know about it. Report incorrect product info.