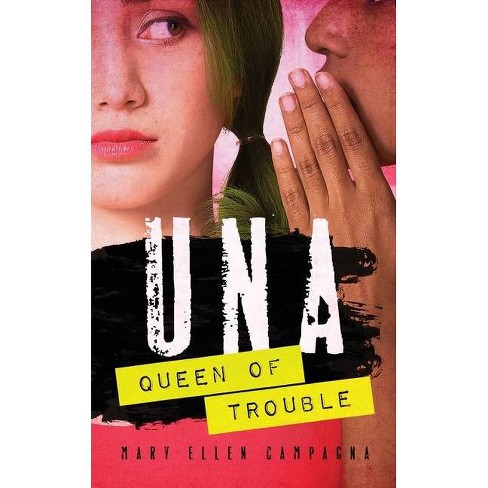 UNA, Queen of Trouble is about a girl in the 1980s who tries to be a witch but later realizes she is a born social activist.

Who is Una, Queen of Trouble?

Una Zipley, the protagonist of this effervescent young adult novel, is an outspoken girl who attempts to hone some witchy talents. She's the Caucasian

child of an affluent family that relocates from Northern Virginia to a small city in Southwestern Virginia. There, as she matures, Una discovers the evils borne of discrimination and institutional racism aimed primarily at African Americans. Soon, she realizes that her best talent lies in activism; not occultism. She forms a group of concerned citizens who call themselves the (CHAG) the Creative Healing Activists Group.

When two Gullah nurses come to work with the protagonist's mother, who is a pediatrician, they both become close friends with Una and it is through one of them, Polithia Davis, that she unravels a long kept secret about herself. Consistent throughout the book is Una's eager inquisitiveness and her willingness to uncover the truth. A heroine for our times, she always acts upon it, regardless of the cost.

Vividly drawn characters and lifelike scenes create a historically correct and enticing roam through the chaos and the courageous actions of a few in the midst of the wasteland that was the ' 80s and '90s.